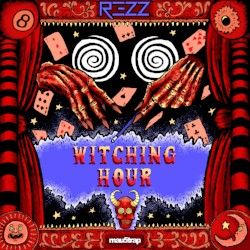 Due to popular demand, 'Witching Hour'—the new single from REZZ–is now available on all DSPs.  "I’ve been wanting to release ‘Witching Hour’ for a while,” says the producer regarding her new single for deadmau5’ mau5trap imprint.  “A perfect way to introduce the theme of 'Certain Kind Of Magic.’"

'Witching Hour' appears on CERTAIN KIND OF MAGIC, her second artist album due out August 3 on mau5trap.  It captures her ever-evolving and idiosyncratic electro sound.  On this turn, in addition to her solo tracks she taps newcomers such as 1788-L, Deathpact, Kotek, 13 and Fytch, adding to the battery of her menacing productions.  It follows her 2017 full-length debut Mass Manipulation (mau5trap) which brimmed with the innovative singles and collaborations that consistently portray the menacing soundscapes she is known for and truly showcased her forward-thinking and unique mentality. The worldwide critical acclaim from the likes of Billboard (who dubbed her Billboard Dance Breakout Artist of the Year), Mixmag, Dancing Astronaut, and many more is testament to the fact thatREZZ has truly become a tastemaker and trendsetter in the industry.