Le Visiteur - With You 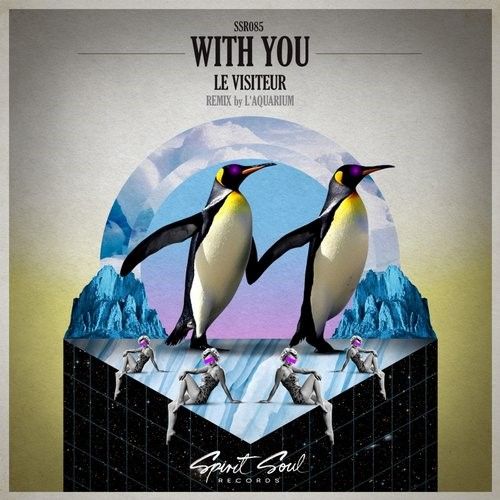 Le Visiteur - With You

Having landed DMC World’s coveted ADE Unsigned Buzz Chart #1 spot, several weeks on the Music Week ‘Cool Cuts’ chart, and a spot on British Airways in-flight entertainment with his eclectic ‘Travelogue’ mix series, the hype surrounding this latest Le Visiteur release has been quite literally sky high. A classic deep house cut, ‘With You’ has now found a home on the label that has had Le Visiteur’s summer smash, ‘New Way To Be Happy’, on the Beatport chart for four months now and counting – Spirit Soul Records.

Gaining significant support from the likes of Majestic, Sick Individuals, Don Diablo and East & Young, as well as ground level support in clubs across the world, ‘With You’ combines the kind of pitched down vocal hook that we know and love with some seriously funky piano and a bassline that’s guaranteed to get your head bobbing. Classic house at its finest that has been tried, tested, upgraded and tested again on dance floors all summer.

Never a label to leave you wanting more, Spirit Soul have included both a Deep Mix and a Club Mix from Le Visiteur, alongside a beautifully dark, acid-tinged remix from L’Aquarium for those who prefer a slower BPM. It’s an undeniably danceable track, with the hallmarks of a release that should go the distance – yet another string to Le Visiteur’s already impressive bow. 2015 has been a big year for the mysterious producer, and there’s still more to come before the year is out, what 2016 has to offer we can only imagine.