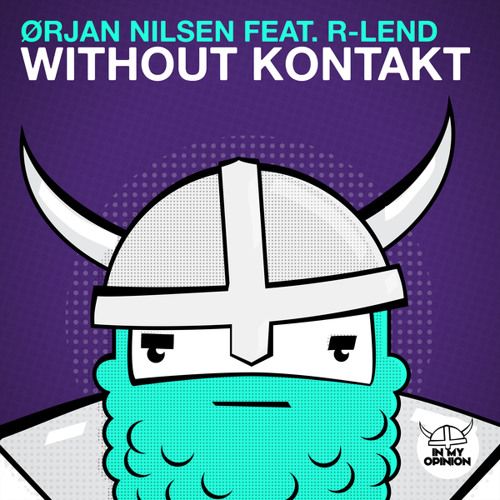 It’s no secret that Ørjan Nilsen has a knack for getting dance music lovers to go wild and today, he does so again with the help of a long-time friend and fellow northerner: DJ and producer R-Lend. Released on his own In My Opinion label, ‘Without Kontakt’ is sure to satisfy the most diehard of Trance fans.

As astonishingly melodic as pretty much every Ørjan Nilsen production, ‘Without Kontakt’ has that old-school vibe to it no Trance fan can resist. Complemented by soaring background vocals and melodies that make heads spin, this cut guarantees plenty of hands-in-the-air action each time it drops.

Ørjan Nilsen: “Erlend (R-Lend) also hails from Kirkenes and I happen to be godfather to his two daughters. He and I have been friends since we were sixteen and we got connected through a mutual interest: Trance. Back in the days, we even made a track together called ‘Beat Design’ under an alias called O&R. Since it did quite well, we thought it would be fun to try again. So here it is, ‘Without Kontakt’.”

Ørjan Nilsen has been part of the Armada Music roster for as long as he’s been a mainstay in the Trance scene. From dropping breakthrough track ‘Red Woods’ (under his DJ Governor moniker) in 2006, Trance classic ‘La Guitarra’ in 2008 and debut album ‘In My Opinion’ in 2011 to releasing some of the biggest tracks of the past few years (such as ‘Iconic’, ‘The Hardest Part’ and ‘Hi There Radio’), the Norwegian DJ and producer has been on top of his game for over a decade and once again managed to outdo himself with ‘Without Kontakt’.