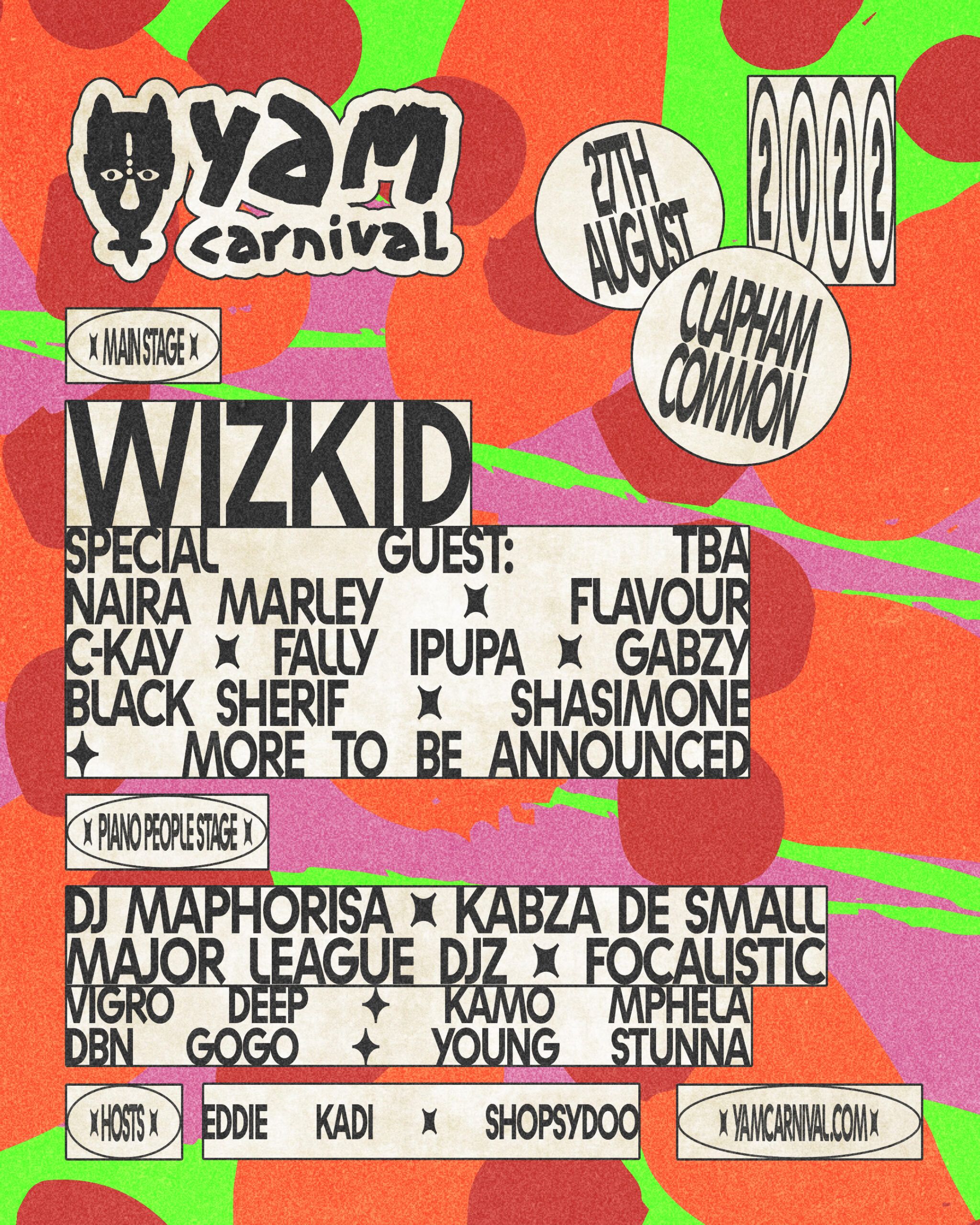 London’s first and largest Afrobeats festival, celebrating Black culture, music & dance,  returns with a bang this summer. The one and only Wizkid is announced to headline Yam Carnival 2022!

Yam Carnival will be Starboy’s only outdoor show of the year in London, and standing under the stars together in the heat of the August air is the ultimate way to witness Wizkid live. The Nigerian mega star is riding high after his ‘Made In Lagos’ album and tour, which saw him selling out three consecutive nights at The O2 in record breaking time. More than affirming his Starboy status in the UK, as well as London’s love for Lagos, the scene is well and truly set for the ultimate Afrobeats party on Saturday 27th August.

Right in the middle of the biggest bank holiday weekend of the year, the finest array of the world’s most exciting names are set to touch down in South London for one day only, packed with music, dancing, food and culture.

Among the names announced today, the vibrating line-up features Nigerian sensation Naira Marley throwing the biggest party straight from the main stage, packed with iconic Afrobeats hits like “Soapy”, “Koleyewon” and Word Cup anthem “Issa Goal” for his legion of Marlians ready to dance the day away. Other hit-makers on the fantastic line-up include sensation CKay who made us slow-dance all year-long with his banger “Love Nwantiti”, and Africa’s ‘Highlife King’ Flavour performing popular dancing tracks such as “Time To Party” and “Berna”. Also joining the bill today is MTV Africa Award-winning Congolese singer, guitarist, producer and bonafide style icon Fally Ipupa, as well as the fast rising British-Ghanaian rapper and Dave-collaborator ShaSimone.

Yam Carnival’s concept revolutionised London’s cultural landscape when it made its debut in 2021. Now returning for its second ever event, it’s already changing the game again by unveiling a brand new stage for Piano People.

With all the biggest names in Amapiano coming together to celebrate the most exciting new sound from the South African scene that’s sweeping the world right now, the one-day festival is serving up London’s biggest display… From worldwide renowned collaborators DJ Maphorisa and Kabza De Small to legendary party-makers such as Major League DJz, Focalistic, Vigro Deep and Kamo Mphela, plus the ‘Female Boss’ of Amapiano DBN Gogo and Young Stunna – get ready for a seminal moment for the genre!

​​The hosts guiding you through the day and into the evening will be the stand up personality and BBC Radio 1Xtra’s Official UK Afrobeats Chart Show presenter Eddie Kadi and African culture custodian Shopsydoo.

Yam Carnival is the cultural event of the summer, uniting everyone together for a day of Black music, dance, African-inspired food & cocktails – and is back for more celebrations this August bank holiday topped by the one and only Wizkid. A moment not to be missed. 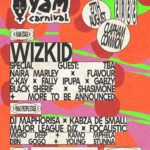