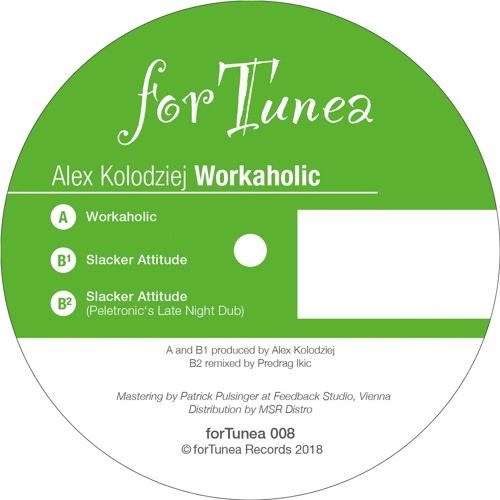 Alex Kolodziej, a German with Polish roots, now firmly based in Vienna, has been one of the most in-demand techno and house DJs in the Austrian capital since the early 2010s.

With a limited number of productions released to the public, Alex’s DJ sets have been the main avenue for others to hear his tracks. Now Alex has revealed a crucial three track single for the forTunea label.

Leading with “Workaholic”, the release quickly establishes a hallucinatory deep house vibe, thanks to the pulsing bass drone and enigmatic spoken vocal that open the track. Crisp percussion and building melodies develop throughout the dream-like affair without ever losing grasp of the dance floor.