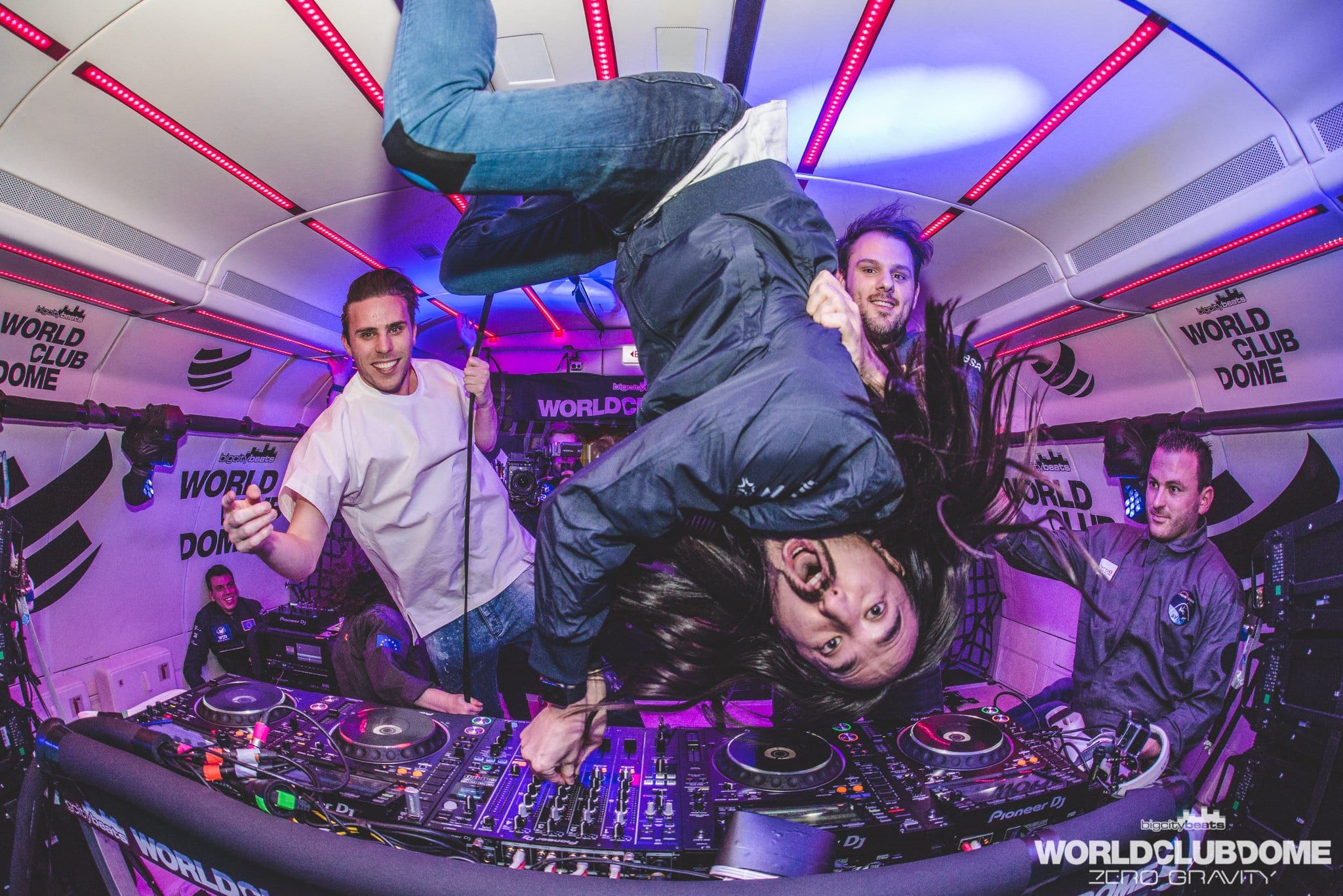 On March 25 2019, BigCityBeats and WORLD CLUB DOME are set to make history once again, inviting a host of celebrities and VIPs from across the world of music, sport, gaming, fashion, film and TV to take part in the world’s most exclusive clubbing experience – WORLD CLUB DOME Zero Gravity: The Platinum Edition.

Following the monumental success of last year’s global debut, which saw over fifty clubbers from every continent participate in the once-in-a-lifetime experience, BigCityBeats – in cooperation with ESA (European Space Agency) and Frankfurt Airport – have raised the bar even higher this year as they prepare to roll out the red carpet for fifty VIPs to join the ultimate party in weightlessness on board the Air ZeroG aircraft. The original ‘Space Cowboy’, global superstar and Jamiroquai frontman Jay Kay, YouTube and social media sensation Amanda Cerny, German Footballer Sebastien Haller, Orange Is The New Black’s Dascha Polanco, German Olympic Champion gymnast Fabian Hambüchen and Hawaiian-born top travel influencer Jay Alvarrez are just some of the celebrities who will be joining the money-can’t-buy experience. Representing the global dance music world, one member of the Russian DJ trio Swanky Tunes, Korea’s famed DJ and model DJ Soda and China’s leading female electronic artist DJ Kaka will also be on board to celebrate the 50th anniversary of the first landing of humans on the Moon. The star-studded international passenger list reads like a who’s who of the international celebrity circuit and those on board will be able to raise their country’s flag, uniting people of all nations in Zero Gravity.

The specially converted A310 aircraft, usually used by ESA for training astronauts and performing scientific experiments in microgravity and other levels of reduced gravity, will take off from Frankfurt Airport on March 25. Australian DJ Timmy Trumpet and German DJ Le Shuuk are set to perform unique live sets while passengers experience a total of six minutes of true weightlessness. Joining the flight, Bundesliga top scorer Sebastien Haller, together with Eintracht’s sport board member Fredi Bobic will give gravity the red card as they score their first penalty goal in weightlessness, 8500 metres above ground level.

In a series of world firsts, BigCityBeats resident DJ Le Shuuk is set to premiere his brand-new single ‘Gold Baby’ while defying gravity, and German celebrity chef Tim Mälzer will cook up a ‘Space Dressing’ – the first one mixed under these unique conditions. Adding live music into the mix, Germany’s pop-rap group Die Fantastischen Vier are set to deliver something special in total weightlessness. Making gaming history, two prominent influencers will go head to head in a floating Nintendo battle.

WORLD CLUB DOME Zero Gravity: The Platinum Edition is the warm up event for WORLD CLUB DOME Space Edition in Frankfurt on June 7-9, 2019 and is sizing up to be a truly international and revolutionary event, with almost fifty VIPs from all over the globe who will be joined by ESA astronauts. The event will be covered on over 200 TV stations worldwide and will also be livestreamed on Facebook and YouTube in order for the rest of the world to get a taste of the enthralling experience.

WORLD CLUB DOME Zero Gravity is now a cornerstone in the BigCityBeats’ yearly, pioneering events calendar. Conventional clubbing is not an option for the BigCityBeats brand, as they have made it their mission to create clubs in unfathomable places and locations. Bernd Breiter founded the WORLD CLUB DOME concept seven years ago in Frankfurt and the event has since become one of the biggest of its kind in Germany, dubbed the ‘biggest club in the world’ with over 160,000 attendees, covering over 750,000 m² with 20 gigantic stage designs, 200 spectacular headliners and the largest laser show in Europe, combining the glamour of a club with the open-air feeling of a festival.

As part of the previously announced collaboration in 2019 with the European Space Agency, the world can expect a year of groundbreaking events as the BigCityBeats/ESA “Year In Space” continues to come to fruition. This World Club Dome Zero Gravity flight is, as with all flights that Air Zero G sells to private companies or to the general public, performed with the objective of lowering the cost of scientific research flights performed by space agencies:  More than one third of the turnover generated by the private flights are transferred to ESA and the French space agency CNES, so that they can offer more flight opportunities and provide new scientific equipment to European scientific research teams.

Air Zero G voluntarily compensate for every ton of CO2 emitted by the Airbus A310 Zero G during both scientific and private flights, sponsoring GERES, a non-governmental association for sustainable and economic development. BigCityBeats thanks all partners and sponsors to make this event happen.