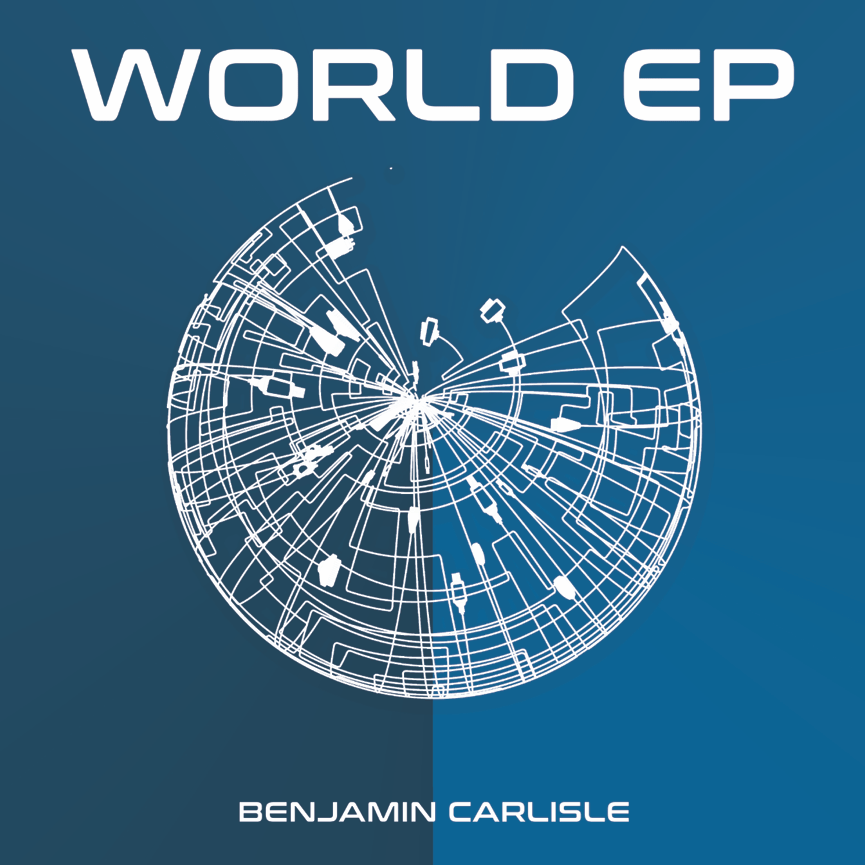 Following on from his inaugural release, ‘Love Me Like This (Icarus Mix)’ back in April, Brooklyn based producer Benjamin Carlisle is back with a stunning selection of new productions in his ‘World’ EP.

Showcasing a diverse selection of his work, Benjamin Carlisle opens the EP with an uplifting anthem in the shape of ‘Fortune’. Brimming with luxurious synths, jittery percussion and airy vocal snippets, ‘Fortune’ demonstrates Carlisle’s producer flair. For the next offering, Carlisle teams up with Brooklyn based singer/songwriter IRO, for ‘Closure’. Combining smooth arpeggiated synths with IRO’s dreamy vocals, the duo provide the perfect chill-out track for the end of summer. The penultimate track, ‘All I Want’, is a hybrid cut that infuses elements of trap and tropical house. Employing laughing samples and a synth clarinet sound, Carlisle creates a mellifluous tone, adding another stellar track to his growing catalogue. Bringing the EP to a close, Benjamin joins forces with Hakos for ‘Waves’. Placing gentle vocals and percussion atop a hard-hitting drumbeat, ‘Waves’ accomplishes the perfect balance of light and dark over its three-minute duration.

Benjamin Carlisle may be a newcomer to the electronic dance music scene, but he is an artist who delivers tracks one would expect from a dance music veteran. His productions speak volumes, demonstrating his immense dedication to his craft. Having already received acclaim from the likes of Zeds Dead, Paul Oakenfold, Sam Feldt, DJ EZ and Jaguar Skills, it’s evident that this newcomer producer has developed a sound that can turn the heads of even the most in-demand DJs. We can expect plenty more fresh creations from Benjamin Carlisle before 2016 is over, so make sure to watch this space!