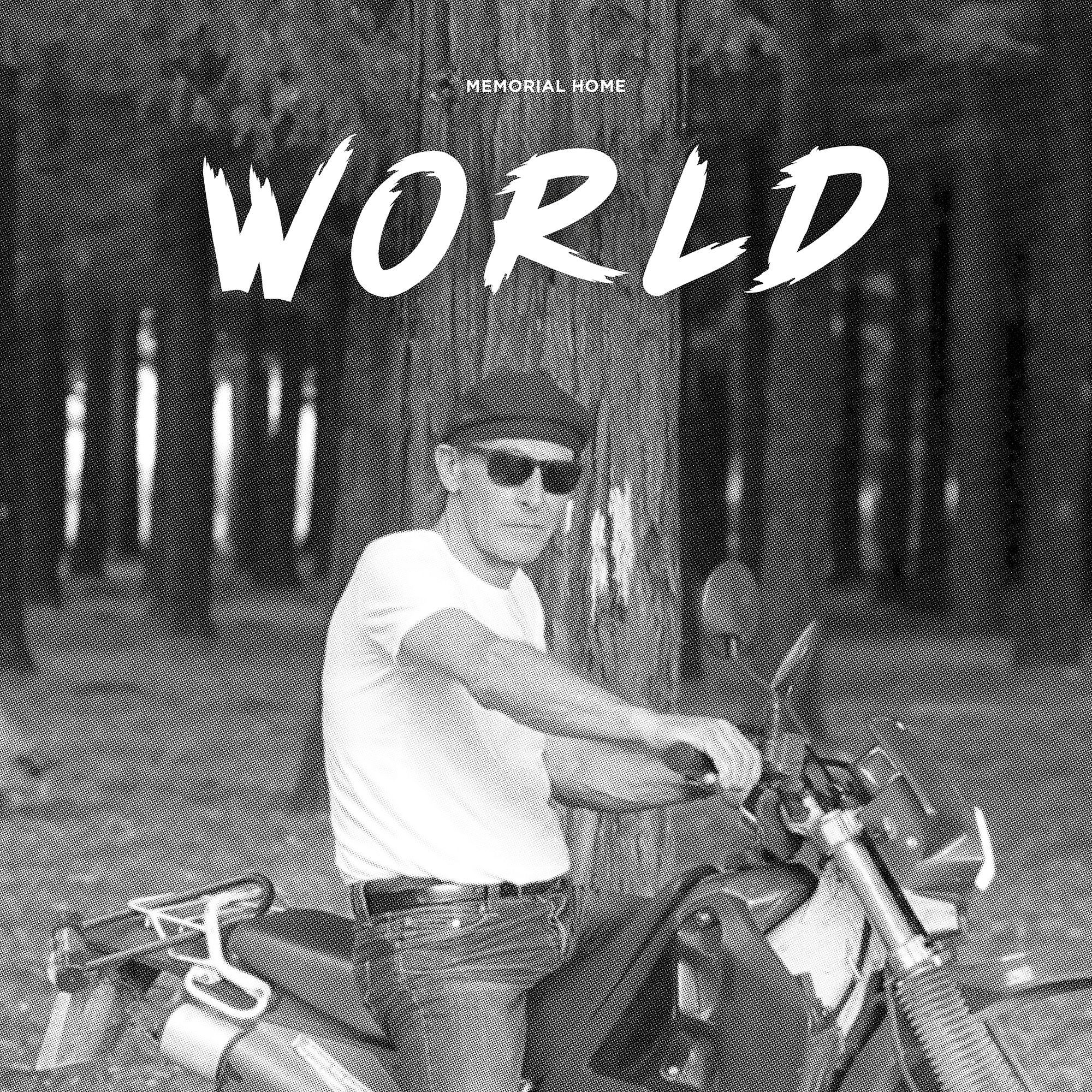 ‘World’ is the debut album dreamed up by Barcelona based DJ / Production duo Memorial Home. Comprising of Paul Roux (France) and Jeremy Pinchasi (Belgium), ‘World’ is the exciting result of their shared desire to push the limits of their own brilliant musical foresight. It’s an ambitious 20 track long-player which effortlessly showcases the incomparable sonic space shared between both musical masterminds.

Sitting somewhere just to the left of Nicolas Jaar, Radiohead, Massive Attack, Mike Dehnert and Ostgut Ton, Memorial Home has managed to craft an album absolutely unique to their sound, impossible to categorise and sure to catch the attention of music lovers of all shapes and sizes. Techno without a dancefloor, experimental electronica fit for the warehouse raves. It’s an exciting, perfectly confusing album which simply works wonderfully. Heavily textured in incredible atmospherics, dub effects and crisp, clear percussion, ‘World’ spreads over an excellent array of individual tracks full of groundbreaking musical magic. Incorporating a stunningfusion of live instrumentation and electronic craftsmanship, ‘World’ is an audio adventure into emotive soundscapes, with a clear focus on the subtle saturation of melancholy. It’s a soundtrack for a dystopian film yet to be written. A sonic painting for the coming winter months where the trees are all but dead and frozen; and the ground a thick layer of glowing white snow.

Memorial Home are the founders of the independent label Rapid Eye Movement, which has seen a breadth of incredible EPs riding the balance between experimental Techno and introspective electronica. They first met by random chance in their newly adopted home of Barcelona, Spain. This unexpected encounter quickly developed into a full-fledged musical kinship through their shared interest in crafting cinematic, experimental techno music. Each release from the label and duo showcase their clear passion to unearthing sounds beyond the expected. With their debut LP about to drop, the future is looking certain for the duo, the label, and the changing face of modern day electronic music.