Wow! Recordings team up with Roush for label showcase during Barcelona’s ‘Off Week’ 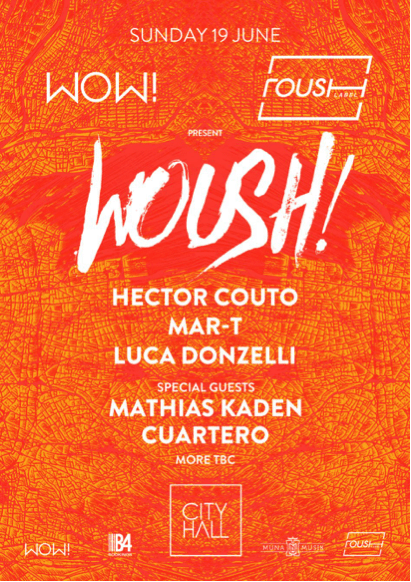 Wow! Recordings team up with Roush for label showcase during Barcelona’s ‘Off Week’

This will be the sixth time Mar-T’s label has featured at the iconic Dance music festival, but 2016 marks the first time Wow! will collaborate with fellow Spanish imprint, Roush.

Since its birth 10 years ago, Barcelona-based label Wow! Recordings have been responsible for a number of stellar Techno and Tech House releases, coming from artists such as Eats Everything, Guti, Butch, Pirupa, Paco Osuna and many more. Looking to the future, the imprint has forthcoming releases from the likes of Pan-Pot, Joseph Capriati, Popof and Subb-Ann.