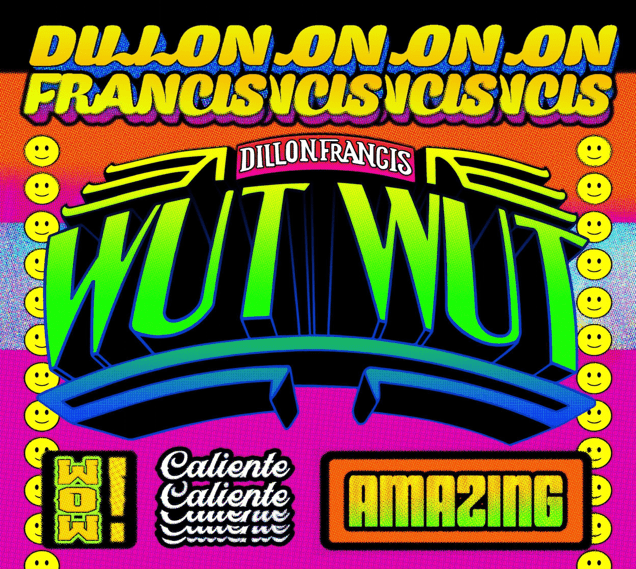 “For my second album, and first on my own IDGAFOS record label, I just wanted to do something fun and go back to the super-duper roots of where I came from,” shared Francis. “I started to get turned on to all of these amazing artists by way of Spotify, and got Toy Selectah to make some introductions.I didn’t go into this thinking, ‘We’re going to get all of these people to sing on it and make the craziest Spanish album ever.’ If anything, I thought we’d have these singers send in vocals that I could just sample. After one session in L.A., it became clear that this was going to be a much cooler project than that. This record was an amazing journey and I’m so grateful for all the new friends I made along the way.”

Francis’ latest commercial release “White Boi” (feat. Lao Ra) has been met with much excitement, immediately debuting in the Top 40 at Mexico’s Spanish Pop radio upon its release. Francis began teasing teasing WUT WUT earlier this year with the release of tracks “Ven” (feat. Arcángel & Quimico Ultra Mega), “We The Funk” (feat. Fuego), “BaBaBa” (feat. Young Ash),  “Look At That Butt” (feat. Jarina De Marco), and “Never Let You Go” (feat. De La Ghetto). “We The Funk” (feat. Fuego) earned Francis Artist Of The Week on Spotify’s marquee ¡Viva Latino! playlist. Critics were quick to praise the album’s early singles as “wild, bright moombah bass to get your body doing things you didn't know it could” (Billboard) and “energetic and fun with just the right amount of inherent humor thrown in” (Your EDM). Francis discussed the album at length leading up to release in recent interviews with Rolling Stone, Billboard, Build Series, The Zach Sang Show, and MTV’s TRL.

Last week, Francis and Puerto Rican rapper Residente were nominated for the 2018 Latin Grammy Awardfor Best Short Form Music Video for their collaboration “Sexo” (feat. iLe). The music video, which has amassed over 84 million views to date, is available HERE.