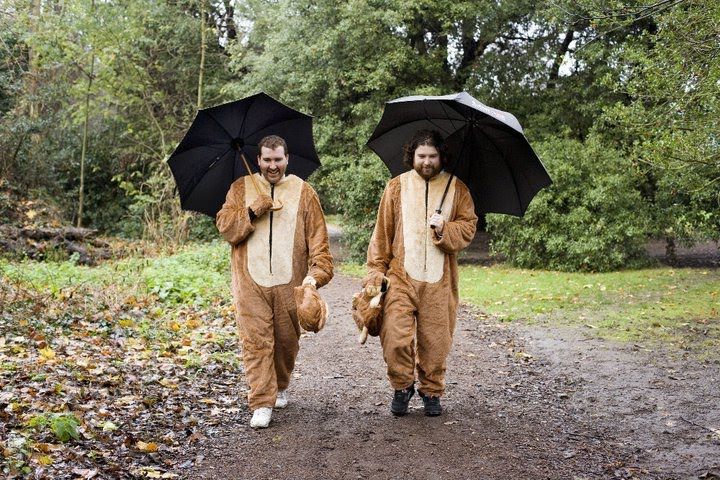 XOYO have just launched the residency series. In one year, four huge talents will play 12 consecutive Saturdays each. Eats Everything took on the first quarter. It’s been an incredible run of parties, which have truly gone beyond all expectations… Though this wasn’t a new concept, Eats has undoubtedly reinstated the importance of the residency.

Looking ahead to the 2nd quarter…

We’re proud to announce The 2 Bears as XOYO’s next residents.

Having just announced they will drop their second studio album this autumn, Joe Goddard and Raf Rundell have signed themselves up for a 3-month long stretch at XOYO…

No doubt 2014 will be an exciting year for the bears as they come out of hibernation… Sure to be one of the most anticipated records of the year, the follow-up to their critically acclaimed debut ‘Be Strong’ pushes the feel-good house they’re loved for.

“We have been extremely lucky and proud to have been represented for 3 months by our first resident Eats Everything. Not only is he a great DJ, he puts the fun back into clubbing, and puts a smile on the face of all around him. With that in mind, I couldn’t think of a better pair to fill his shoes than The 2 Bears, an extremely talented and universally loved pair of guys, with many years of DJing experience behind them. I’ve heard several tracks from the new album, and can’t wait to hear those tracks played in XOYO, alongside some unbelievable line-ups in this series.” says Andy Peyton, head programmer and co-owner of XOYO.

Raf of The 2 Bears comments: “We’re delighted to be residents at XOYO. We have so many great DJs joining us throughout April, May, June and bundles of new 2 Bears music to road test. We’ve hosted a few parties at XOYO in the past and love the journey both as DJ and raver.”

As The 2 Bears set up camp in the mainroom, they also invite Polysexual dance party Sink The Pink to host Room 2 for the entirety of their stay.

“We love The 2 Bears, they’ve been part of the Sink The Pink family from the beginning, DJing for us and always vibing on the ridiculous tranny action that we are known for.  We also had our birthday at XOYO last year, filled it with bunting, a massive foam vagina, a tranny in a zorb ball and a thousand crazy club kids, so we know how good it can be in those brick walls!  It was a no-brainer, perfect fit, perfect time.

It’s a massive honour to be curating Room 2 throughout this residency, we can’t wait to bring our naughty trannies and amazing DJs to the table (probably on top of the table actually).”

As with Eats Everything, The 2 Bears and Sink The Pink will be joined by a whole host of special guest DJs each week. We can guarantee you won’t be disappointed with these; hold tight for the full line-up announcement of who those DJs will be next week…