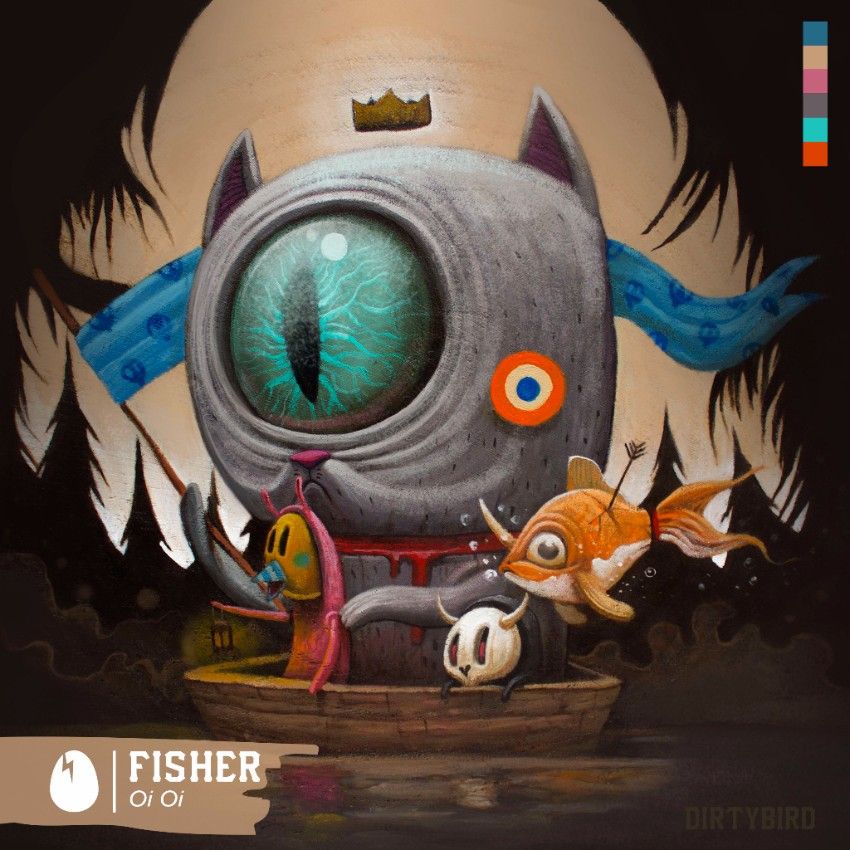 A wildly charismatic producer and surfing enthusiast, Australian DJ and producer, Fisher, delivers his first ever EP on Claude von Stroke’s Dirtybirdlabel, titling the production ‘Oi Oi’. The release, which follows Fisher’s Dirtybird debut, the massive ‘Ya Kidding’, features both ‘Stop It’ and ‘Ya Didn’t.’

Soaking ‘Stop It’ with brooding electro synths and rumbling hooks, the production leans towards a thumping bass-line and moody vocal-topped loops. A true main room destroyer, the track looks set to dominate club play and DJ sets worldwide, upon release. Showcasing his diversity and talent as a dynamic producer of rugged minimalist beats, the EP’s second-track ‘Ya Didn’t’ focuses on a big infectious beat with deep rumbling hooks and horns, which provide the release with a more uptempo feel.

A staple member of the worldwide dance music community, Fisher – one half of Cut Snake – shot to prominence with ‘Ya Kidding,’ a vibrant release backed by the likes of Annie Mac, Eats Everything, and BBC Radio 1 tastemaker Pete Tong, who played the track out in his sets at Park Life and Wild Life this year.

The former pro-surfer turned house maestro has already been tapped by industry heavyweights like Green Velvet, and Skream, having delivered numerous eclectic mixes that display his relentless and irresistible energy behind the decks. With the Oi Oi EP acting as an aural embodiment of Fisher’s unique sound and highly polished production skills, the release looks set to catapult this larger-than-life character to even greater heights upon release on 10th November.