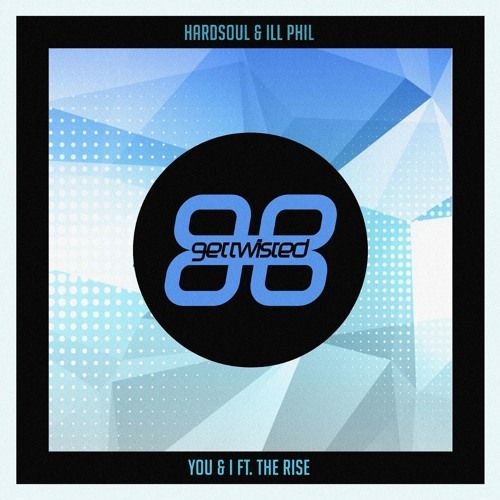 Hardsoul and Ill Phil join forces for the deep and sexy, bass-heavy ‘You & I’ on Get Twisted Records, featuring The Rise on vocals.

Dutch DJ and Producer Hardsoul, AKA DJ Roog has been carving out his own brand of true house music since the mid-90s. His unique sound is laden with soul, funk and Latin influences. Top house DJs and producers including Roger Sanchez, Frankie Knuckles, Louie Vega and Joey Negro have supported Hardsoul’s music.

In 2015, Hardsoul collaborated with Dirty Freek to produce ‘Just Another Face’ on Get Twisted Records. The track became an underground hit featured on Ministry of Sound’s premier compilation 'The Annual'.

Ill Phil, AKA Phil Dolman has performed around the world and previously collaborated with Low Steppa as Bass Weazal and Punk Rolla. Ill Phil’s brand of high-energy bass music saw him join the prestigious 'Certified Jackin' brand in 2013.