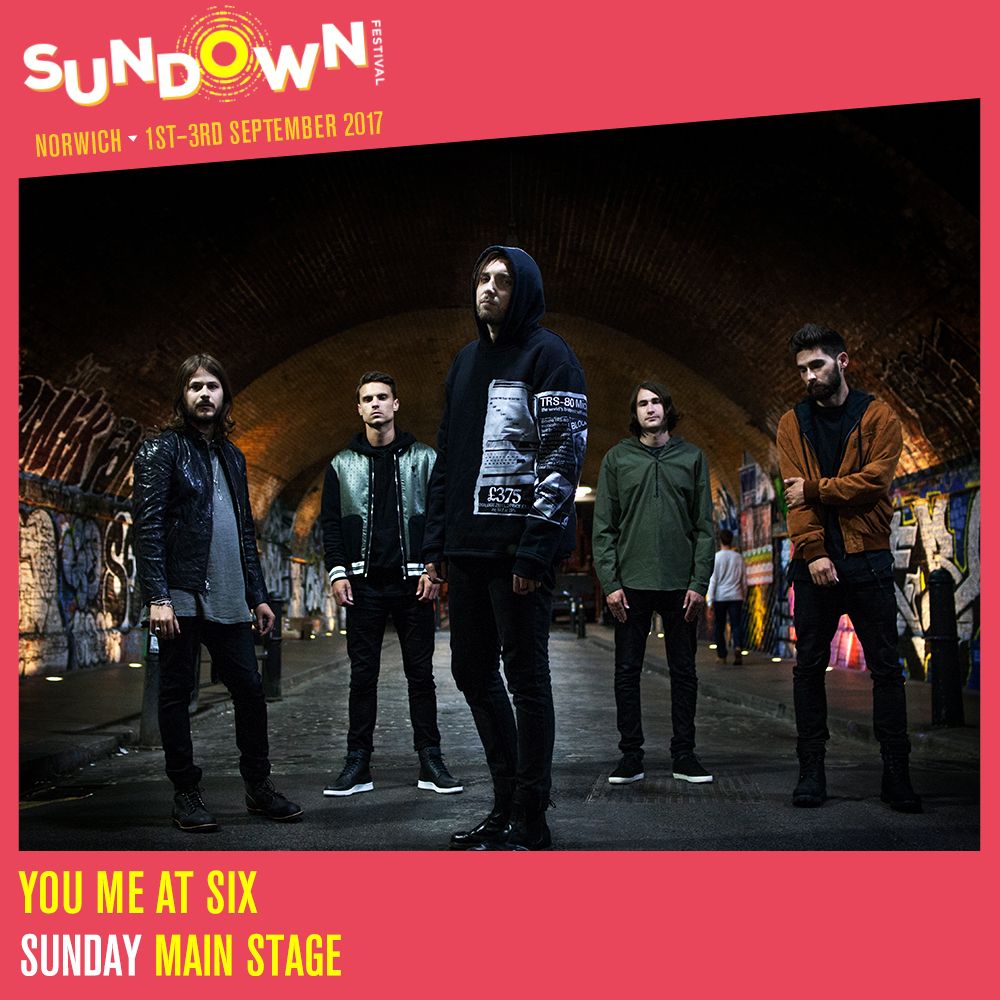 With a massive lineup already announced including huge acts like Craig David, Pendulum, Rag N Bone Man, Wiley and Giggs, Sundown Festival is proud to get even bigger with the addition of the arena conquering band You Me At Six.

Fresh from the launch of their incredible chart storming fifth album 'Night People' and their monumental UK headline tour, the five piece will be heading for Sundown for one of their trademark high energy sets. Having pushed the boundaries of UK rock music into brave new territories, You Me At Six are truly cemented as one of the country's brightest talents, their set is not to be missed this September at Sundown Festival.

Josh Franceschi, lead singer of You Me At Six comments:

"Looking forward to playing sundown festival this year and to be part of a versatile bill. Lots of great acts playing in Norwich along side us. See you in September!"

Tickets are now on sale for the festival and for those looking for the proper festival experience Friday will see an exclusive Weekend Camping Ticket Only Opening Party headlined by UK rap don Giggs. The 'Talking Da Hardest' legend will kick things off in style alongside Radio 1's Mistajam, Jaguar Skills and Shapes.

Providing one last chance for a dance in the sun, and acting as the perfect remedy for the end of festival season blues, Sundown 2017 is a must visit for all fans of pop, rock, urban and dance music. Tickets are available now from sundownfestival.co.uk