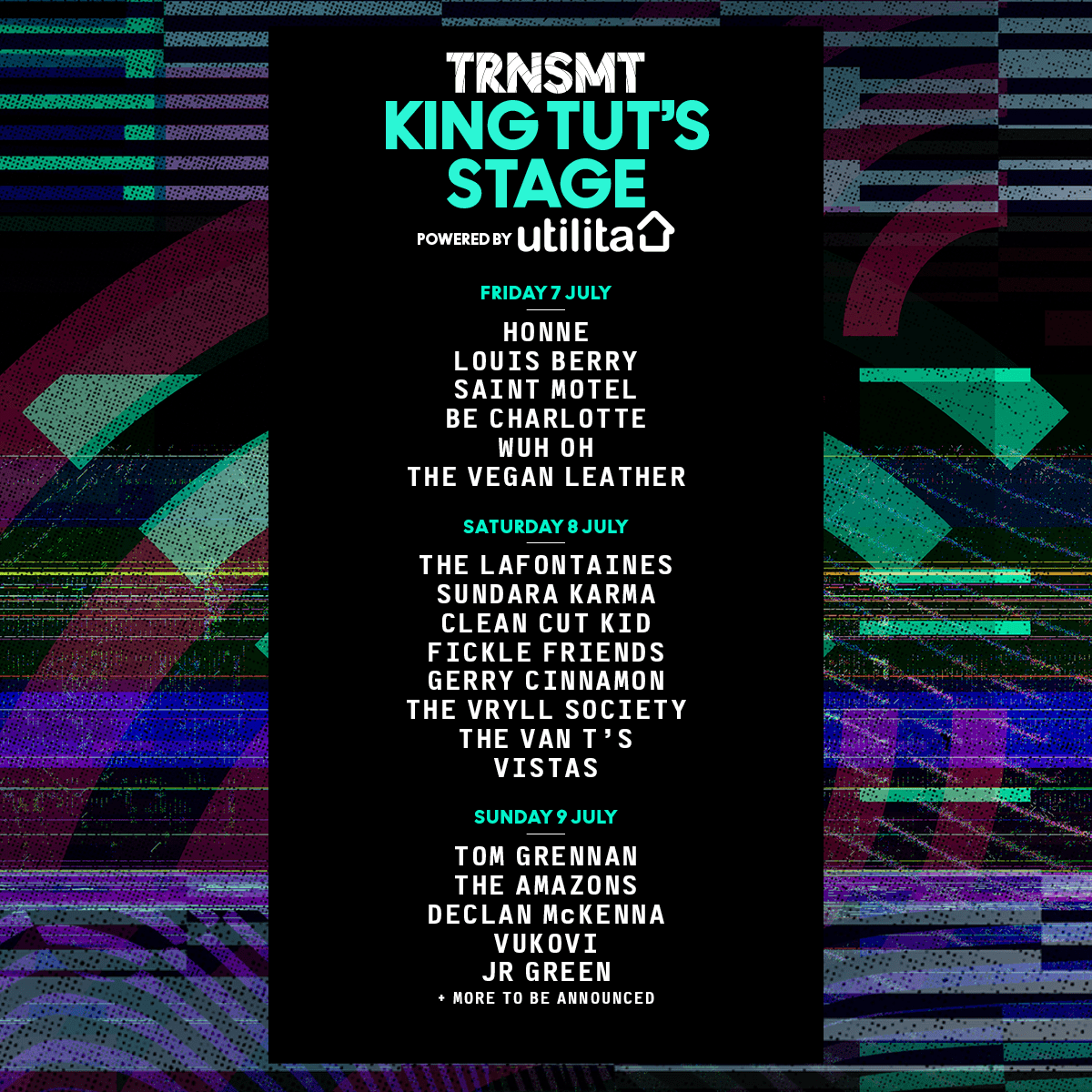 With the inaugural TRNSMT moving ever closer, festival organisers DF Concerts have today added a fresh wave of hotly-tipped acts to this year's bill. Louis Berry takes to the King Tut's Stage powered by Utilita Energy on Friday 7th July, whilst Wuh Oh, The Vegan Leather, The Van T's, Vistas, Vukovi and JR Green will perform on the same stage across the festival weekend. Fans can secure their tickets now at www.trnsmtfest.com to ensure they're at Glasgow Green across 7th — 9th July 2017 experiencing this new wave of talent alongside Radiohead, Kasabian, Biffy Clyro, The 1975, Belle and Sebastian, Catfish and the Bottleman and many, many more.

A self-professed lonely rebel with a very revolutionary mind, Louis Berry hails from Liverpool, having lived a life filled with challenges, adversity and experiences which form intrinsic strands of Berry's storytelling. Early single .45 was the first introduction to Louis' song writing world, but it was 25 Reasons, the first single from debut EP Rebel, which cemented his sound – an amalgam of classic, gritty rock n roll with soul. The track saw regular plays and radio support from BBC Radio 1 and Radio X and, by the spring of 2015, he was awarded the One to Watch at Liverpool's prestigious GIT Awards by a panel consisting of representatives from BBC 6 Music, NME, Vice and more. Signed to Ministry of Sound, and back in the studio putting the finishing touches to his debut album, Berry is sure to receive a warm welcome at TRNSMT on Friday 7th July.

Glaswegian producer and multi-instrumentalist Wuh Oh has garnered a cult following since releasing his self-titled EP and single in 2014, joining DJ Shadow on the road and headlining some of Glasgow's finest venues. He credits fellow TRNMST artists Belle and Sebastian for inspiring him to write music from a young age, in the early days with his Yamaha keyboard and 4-track digital recorder. Inspired by Glasgow, the city in which he resides, and its reputable electronic music scene, Wuh Oh produces catchy, intricate, sample-soaked tunes sure to get the party started at TRNSMT on Friday 7th July.

Art-pop four-piece The Vegan Leather formed in 2014 and the Paisley quartet are making big strides already this year with their first shows abroad and a series of new singles planned. Debut single Days Go By was ear-catching, brilliant and pure art-pop and, since its release, the band has gone on to refine their sound, creating something distinctly stylish and invigorating. Last year saw their biggest live shows to date which included London's Roundhouse and two nights supporting Paolo Nutini after he handpicked the band to join him for Edinburgh's Hogmanay shows. They'll play the King Tut's Stage powered by Utilita Energy on Friday 7th July.

Scottish four-piece, The Van T's, create rapturous surf-pop with rock swagger balanced by sugar-pop harmonies resulting in widespread praise from media and fans alike, in the UK, Europe and USA. Influenced by artists ranging from First Aid Kit to Wolf Alice, the band is the brainchild of twins Hannah and Chloe Van Thompson, whose vocals permeate each track with captivating delivery. Already seasoned festival pros, the band join Kasabian, Catfish and the Bottlemen, The LaFontaines and more at TRNSMT on Saturday 8th July.

Despite forming at the beginning of last year, Vistas have already released single Sign Language and EP Medicine, both of which were supported by sold-out launch events at Edinburgh's The Mash House and Electric Circus respectively. Support from Spotify and BBC Scotland for their infectious indie-rock tunes is propelling them to new heights and, with plans to spend the rest of 2017 writing, gigging and recording, the band are sure to produce music to suit their high-energy live performances. Catch them at TRNSMT on Saturday 8th July.

Scottish pop-rock group Vukovi blend heavy rock riffs with melodic vocals to create an intensely fun sound. They've perfected their live show over the past 7 years and have built a solid fan base, regularly releasing new EPs and singles throughout. Following the release of their self-titled debut album last month, 2017 looks set to be the year Vukovi truly make their mark. They'll bring their alt-rock prowess to TRNSMT this summer on Sunday 9th July.

Two brothers from Strontian, a remote Scottish village a few miles from the most westerly point on mainland Britain, JR Green bring a youthful, virile edge to folk and traditional music. Signed to Hits the Fan Records, they released their debut EP Bring the Witch Doctor in 2015 and have since released singles First Blood and For the Wild. Recent gigs include a performance at the 6 Music Festival in Glasgow and Edinburgh's Wide Days. Fans can see them alongside Biffy Clyro, The 1975 and more at TRNSMT in Glasgow Green on Sunday 9th July.

TRNSMT is easily accessible with national and international transport links to and from Glasgow, as well as a wealth of overnight accommodation on offer throughout the city and surrounding areas. Weekend and day ticket packages allow fans to carefully design their TRNSMT weekend experience with flexible options on offer – whether a 1, 2 or 3 day package is for you, you'll experience some of the best musical talent around. VIP ticket packages are also available, offering access to the VIP area.