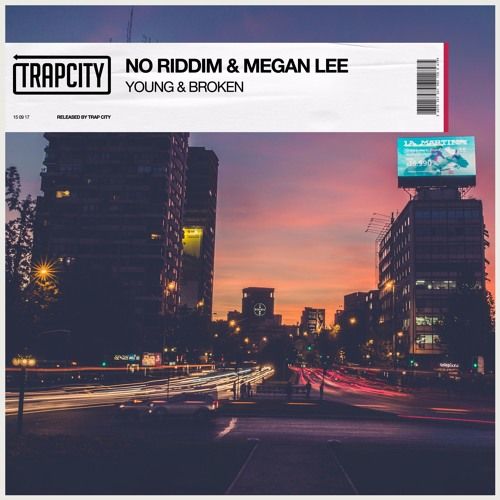 It’s not often a collaboration comes around that, not only does nobody expect it to happen, it turns out to be a match made in heaven. Trap City’s latest release is the marriage of two powerful creative forces – that of No Riddim and Megan Lee. Showcasing their own unique take on the future/trap hybrid, No Riddim and Megan Lee put forward the reflective, yet upbeat Young & Broken to round off the summer like only they know how.

Most well known for their talents in remixing some of the biggest tracks around (take The Chainsmokers & Coldplay’s Something Just Like This as a good example), talented trio No Riddim have worked their magic on tracks for the likes of Migos, Far East Movement, Twenty One Pilots and Charlie Puth ft. Selena Gomez and more. One third of the trio also happens to be the founder of Trap City label, so it’s safe to say they’re a talented bunch.

Pair this production genius with a multitalented, versatile artist like Megan Lee and you’ve got yourself a winner of a track. A passionate singer-songwriter and actress, Megan has become something of a sensation both online and on-screen, toting collaborations with Jason Mraz and Sungha Jung and racking up over 40 million views on YouTube. With her last single Stronger helping pave her way to world domination, Megan adds yet another jewel to her crown with Young & Broken.

No Riddim & Megan Lee’s Young & Broken is OUT NOW via Trap City.