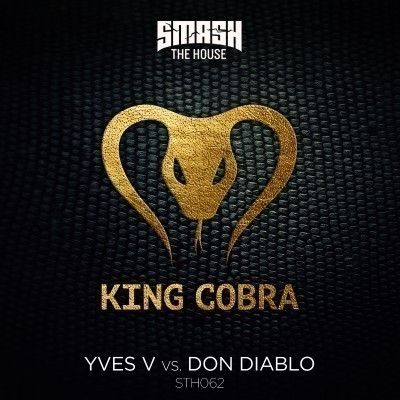 Hot from debuting in DJ Mag’s Top 100 DJ’s poll at #55, Belgian native Yves V continues on his epic year, having just announced his biggest homecoming show to date at Antwerp’s Lotto Arena and heating up the Beatport charts with hit after hit. Now, a staple on the Tomorrowland mainstage and collaborating with Dutch dynamite Don Diablo, the explosive ‘King Cobra’ is also erupting across dance floors, set climb high across charts when it’s released November 17th.

An unrelenting dancefloor killer, ‘King Cobra’ brings together the best of Don Diablo’s signature driving bass sound and Yves V’s arms in the air euphoric electro and trance grooves to create a beast of a track, which is undoubtedly about to destroy dancefloors and radio airwaves worldwide once it is unleashed.

As a familiar face to Dimitri Vegas & Like Mike’s Smash The House imprint, thanks to red-hot releases including ‘Crash’ and ‘OldSchool Sound’, Yves V proves the perfect collaborative partner for Don Diablo on his inaugural release for the label. With Diablo’s live sets spanning note-worthy festivals incusing Mysteryland and Creamfields, ‘King Cobra’s colossal build-up, heavy-duty beats and raging electro sound demands attention, demonstrating a powerful unity between two European producers that are certainly aiming for the top, ‘King Cobra’ verifies itself as a contender for one of the hottest releases of 2014.