by ihouseuadmin
0 comments
​Luly Poynter shares a tribute in “Brazil”

​Putting together Brazilian percussion to European EDM, the producer Luly Poynter has just released a track inspired by her own birth country called “Brazil” signed by Less is More.

Living in Switzerland for years to dedicate to her career, Luly Poynter mixes in “Brazil” elements such as percussion sounds most known in Brazilian Carnival to electronic beats present in the main festivals in Europe.

“In this my new production, I wanted to continue the Brazil-Europe match. Altogether it was four weeks of work and it was a challenging project”, shares about the creative process. 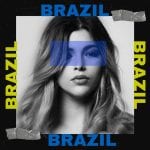