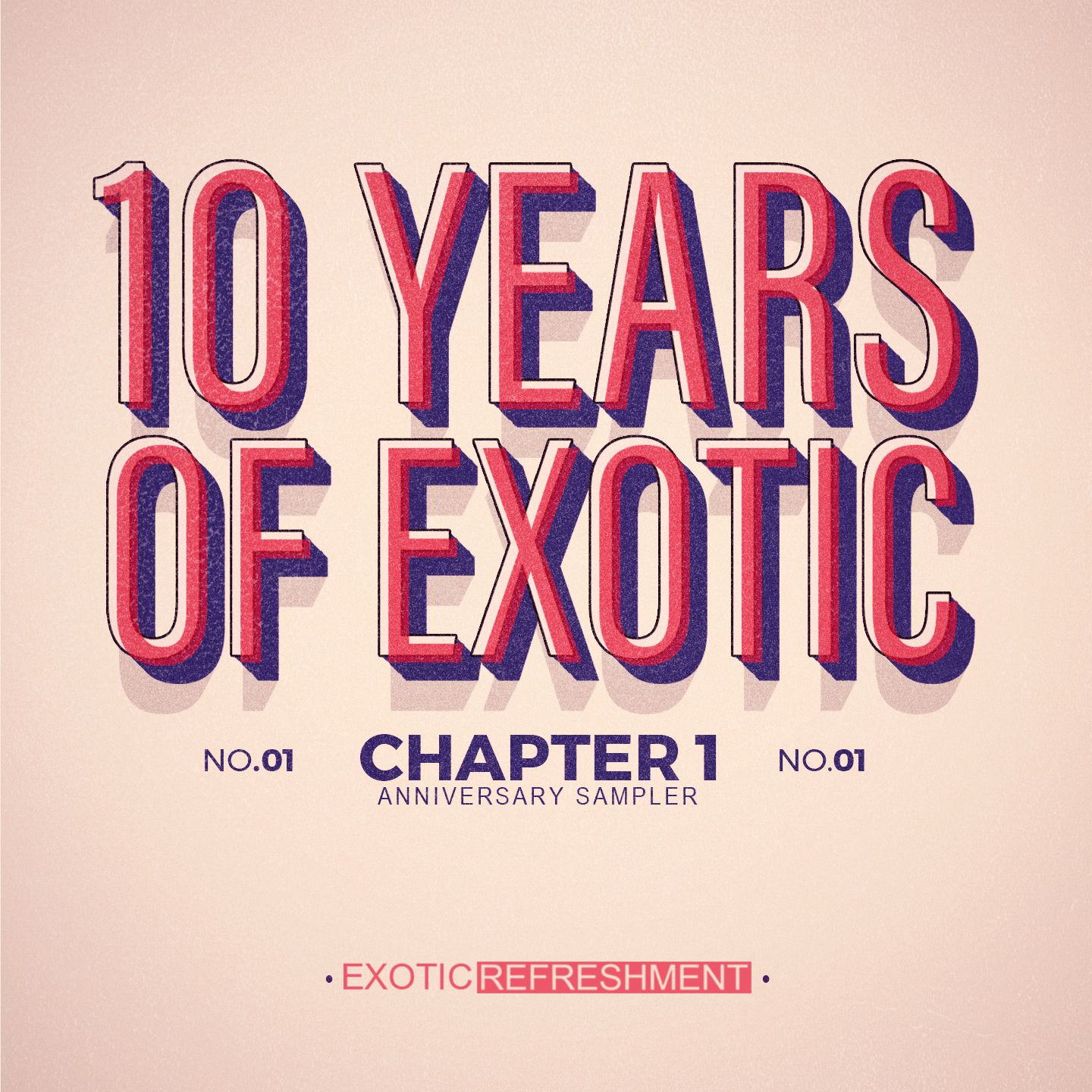 "10 Years of Exotic", huh? That is the time since the very first release on Exotic Refreshment, and in that time we have come a really long way. 10 Years is a long time… We had ups and downs. We had moments where we enjoyed a small successes, but also moments of doubt. It was hard, but it was worth it. From a "label" with no experience in the industry that initially released only my tracks and tracks from my friends from our town, Leszno (does anyone even know where it is…? lol), we have built something that we can be proud of.

To celebrate this anniversary, we have 12 never released tracks from the 14 artists, with some I work closely for years, some just joined recently.

Chapter 1 of the series includes three originals from Palliate, HAFT, Mintz & Malbetrieb, and also a new remix from Constantijn Lange of Eluize's "Symmetry".

The preparation lasted a few months, but I hope you will like them.