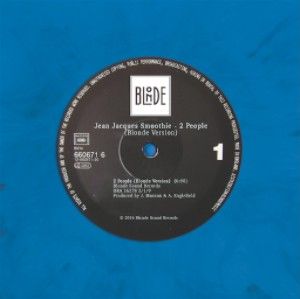 After the recent success of their hit with Craig David, ‘Nothing Like This’, DJ/production duo Blonde have released their edit of a classic track. ‘2 People’, first released by Jean Jacques Smoothie in 2001, was an instantly recognisable remix of Minnie Riperton’s 1975 single ’Inside My Love’.

Blonde have now treated the single to an update for 2016; the vocals remain faithful to the original, but the track has a smoother, more modern feel with a driving bassline and subtle guitars, well-suited to their summer sets.

Their dedication was rewarded when ‘I Loved You’ translated their underground acclaim into mainstream success as it crashed into the charts at #7. The follow-up ‘All Cried Out’ featured Atlantic Records artist Alex Newell and peaked even higher at #4. ‘Nothing Like This’ has been a huge success since its release on the 18th March, having reached the A-List at both Radio 1 and 1Xtra and holding onto a top 15 chart position for several weeks.

BLONDE – Jacob Manson and Adam Englefield – are continuing to work on their forthcoming debut album, which promises a wealth of surprises, including some very special collaborations. The pair are now gearing up for a busy summer schedule of shows, which will take in dates at Glastonbury, V Festival and South West Four, as well as Ibiza dates at famed clubs Pacha and Amnesia.