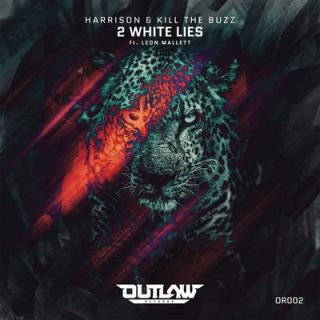 Harrison has been a name rising as a bonafide British artist, concocting music propelled by a cocktail of dance, electronica and radio-ready pop. After the huge inaugural release on his newly-minted Outlaw Label ‘Blinding My Vision’ was described as “another true showcase of Harrison’s talents, both vocally and in production, and prove that he will continue to be an unstoppable force in the scene” by industry-leading outlets, the label head honcho and previous collaborator with some of the world’s greatest artists (Steve Aoki, David Guetta, Laidback Luke) shows that he is no one-trick pony.

For his sophomore release on the imprint, Harrison welcomes back previous collaborator Dutch producer Kill The Buzz, after the success of ‘Once Upon A Time’ on Hardwell’s Revealed Recordings that gained over 5.5 million streams and counting, he also ushers in up-and-coming independent British vocalist Leon Mallet, a name familiar as first cutting his teeth on the UK’s X Factor TV show watched by millions, as the collective trio each bringing together flair, unbridled talent and individuality on ‘2 White Lies’.

With a  rising tropical drum beat, soaring vocals flecked with sunshine melodies and toplines that build before an edgy, distorted delivery, ‘2 White Lies’ ushers in the Summer with a smorgasbord of infectious flavours; the track showcases that Harrison, and Outlaw along with its shining recruits no less, has true diversity as a brand that continues to build.

Get your hands on ‘2 White Lies’ out Friday 27th April!