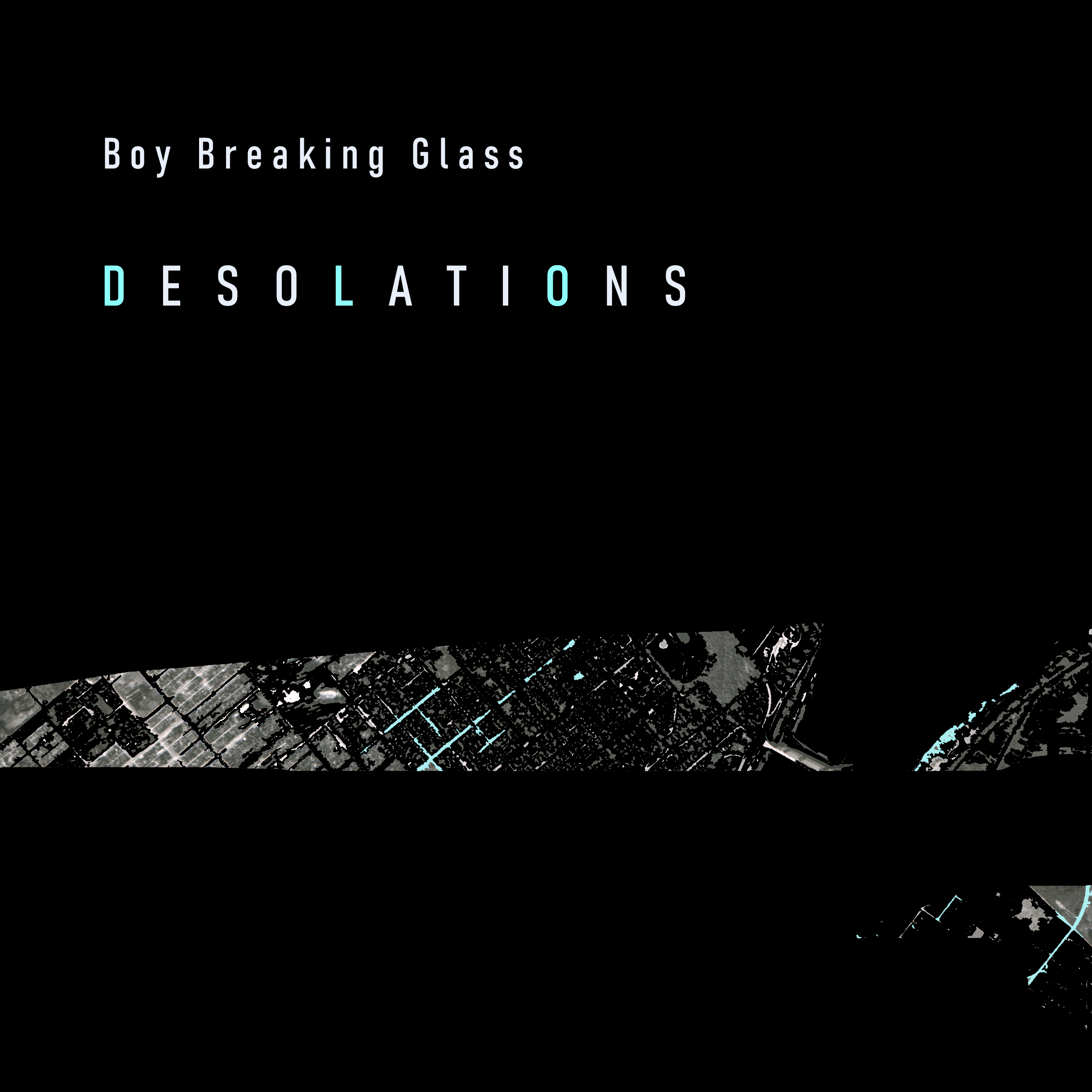 Exciting trio Boy Breaking Glass have released their latest slice of rock/post-punk mastery. This 8-track album, titled ‘Desolations’, is available everywhere now. It includes the upcoming lead single ‘Lacuna’ as well as highlights ‘I Think, I Think’ and ‘A Way To Remember’, with their signature lush guitar and synth sound creating an extremely live-sounding and powerful collaboration. Made up of Lead Singer and Bassist Joe Mantell, Synth and Guitar player Rob Leishman, and Drummer Dimitar Karabov, the group have a memorable and captivating sound.

Though based in British Columbia, Canada, Boy Breaking Glass has a truly global makeup. With lead singer Joe originally from England, Drummer Dimi from Bulgaria and Guitarist Rob from Canada, they each share different paths which compliment each other in their music. They even all have different professions, but, through good fortune and a shared love of music, they have created a band sonically larger than your usual three-person group. This is also partly down to Rob playing both guitar and synth live and on recordings, sometimes the synth with his feet, which gives the band a natural feel even in the studio.

“We are three totally ordinary people that when we get together to collaborate, work incredibly hard to get the details right, to push ourselves into musical spaces that we haven’t been in before and to be absolutely obsessive about creating. We started work on ‘Desolations’ in 2018, and explored many different options when it came to deciding on the format, but in the end, 8 songs were selected. They examine the destructive impulse within all of us, our collective madness and the recognition of what we have forgotten about ourselves.”

With this musicality and Rob’s interesting instrumentation, the band have focused years perfecting the sound of ‘Desolations’. Its live feel fills a gap in the market for live music, a sound so many people have been missing. This use of instruments, along with Joe’s guiding hand in penning the tracks, has created an album both highly original and very catchy, a certain mixture for success. Their latest release comes after their 2018 album ‘Exceed’ which was a success in itself, but which ‘Desolations’ is bound to eclipse. And with this new release Boy Breaking Glass are sure to reach out to a global fanbase already thriving in Germany, the UK, America and the rest of the world.