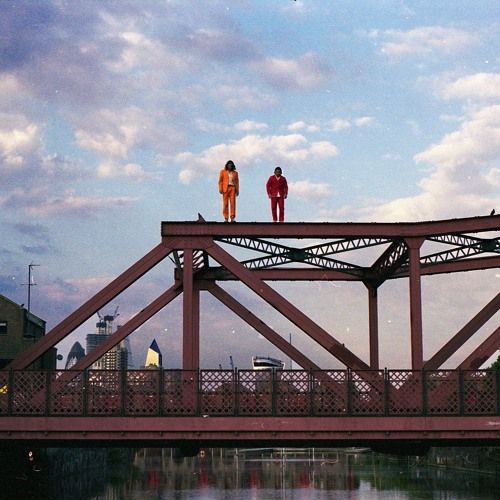 Often it takes an artist a long time to find their place in the world; Laurie Erskine is no different.

Having spent his childhood and university years studying jazz piano, Erskine set his sights firmly on the wild possibilities of pop's future and began to produce an ambitious, kaleidoscopic, psychedelic musical world, under the moniker Club Kuru.

A blossoming, highly considered, ultra-sleek musical project; Club Kuru is steeped in tradition, which Erskine says is "…the only way I know how to approach music…I’ve had to spend a lot of time working stuff out and learning my craft before I could try and make something that sounded new."  This attention to detail has at times caused Erskine to come unstuck – he fought his original label for the rights to his first two releases, which he subsequently deleted from the face of the earth. "I felt misrepresented, and I couldn't bear to have that music out there. Was it the right thing to do? I guess in the grand scheme of things, it really doesn't matter."

2017 saw the introduction of a new five piece line-up, at which time Erskine and his comrades built and set up a DIY studio in north London. Due to financial pressure and differing artistic motivations, the community of musicians supporting the studio disintegrated ad the building was ultimately demolished to make way for luxury housing. "This was a dark time for me," Erskine says. "I lost all that I'd been working towards, due to poor judgement and over-ambitious ideas." Without any legal representation, he was forced to evacuate the building alongside his supportive band members Fergus Ireland (bass) and Laurence Hammerton (guitar), the latter of which has since become an important contributor to CK.

After relocation to the leafy suburbs of Forest Hill in south east London, the boys have had a strong creative run, undisturbed from the bad luck or poor judgements of the past. It was here in late 2017 that they finally finished their debut record; writing, recording and producing it all themselves. Though they'd previously been signed, there wasn't time to look for another label – it was important for them to release the album before they lost faith in the enterprise. They made their own label, Dog Holiday Records, out of a necessity to do things their own way. "We like to take control of our output and work on the artwork and promotion as well as the music. Though it can be painful, as it's not our area of expertise, it's been rewarding to get our teeth stuck into every aspect of releasing a record."

The album was released in March 2018 to much enthusiasm. "I guess we were just so glad to finally have a record coming out and we were not expecting a huge amount to happen", says Erskine, modestly. One month later, their single was playlisted at BBC 6Music, the album now boasts over a few million streams and the single 'Ribbons' has been featured on HBO's programme High Maintenance. The tide has turned and a new era of Club Kuru has been born; one full of excitement and expectation for an ambitious future.

Since then, with time now on their side, Erskine and Hammerton have experimented with their studio sound and live stage set up. On the new single '49years', which is about the transience of time and not dwelling on missed opportunities, Club Kuru move towards a more rock inspired sound. It is steeped in Neil Young influences with a nod towards the more contemporary sound of Unknown Mortal Orchestra, which together with their striking stage presence makes for a unique, energetic and accomplished proposition. The band will be embarking on a headline UK tour next month, which seems them performing across the following dates: