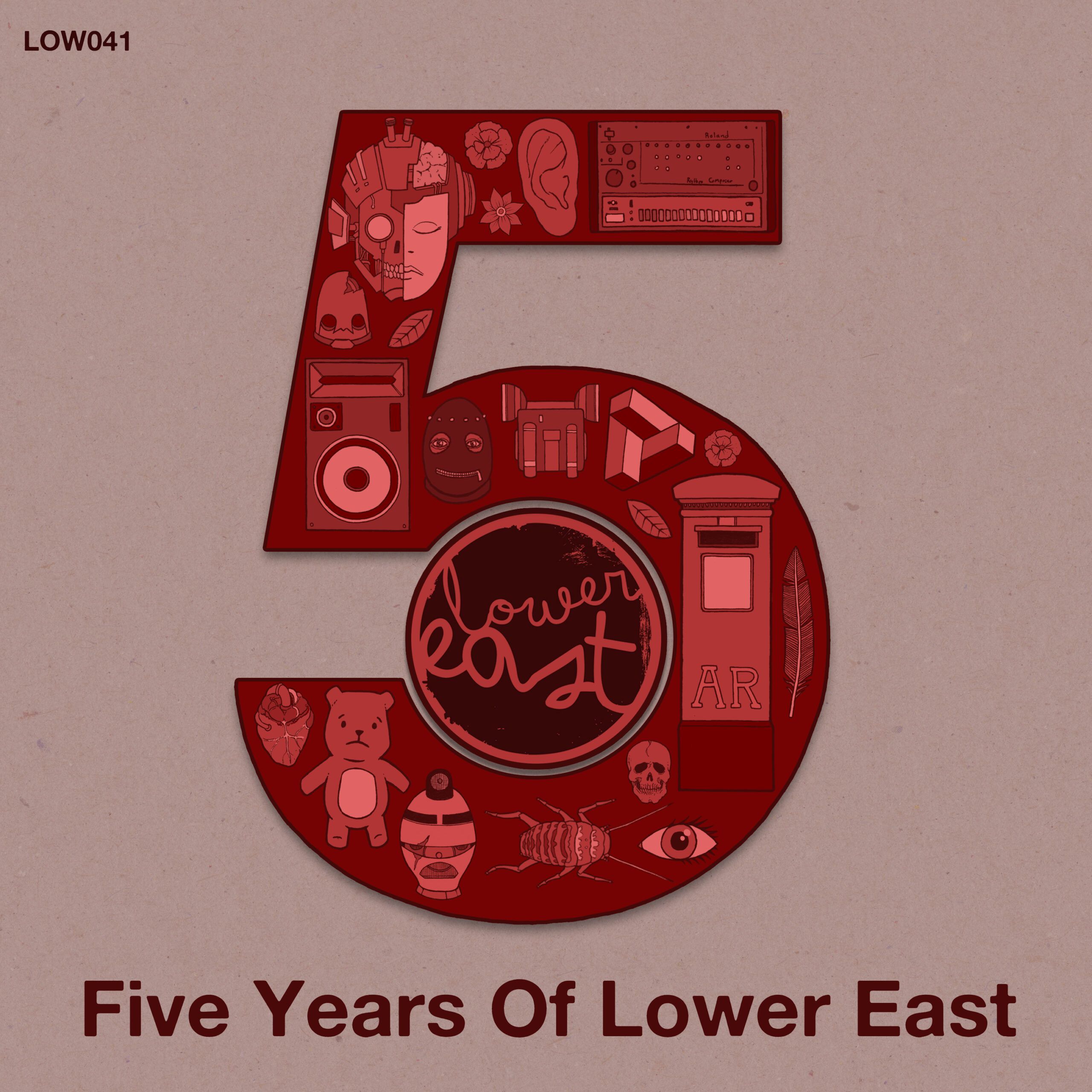 The Lower East imprint celebrates half a decade this October with its ‘5 Years of Lower East’ compilation, featuring remixes of back catalogue material from an array of leading contemporary electronic artists and label mainstays.

London’s Lower East has come a long way since its launch back in June of 2010 with the label now up to it’s 41st release, and can now boast an impressive back catalogue of material from leading names in both the classic and modern world of electronic music, with the likes of Larry Heard aka Mr. Fingers, MK, Volkoder, Alexis Raphael and of course label founder Cozzy D. Here the label marks a milestone, delving deep into its impressive 5 year history of releases, and offering up fresh interpretations of classic tracks to give them new life.

Moodtrap rework Floyd Lavine’s ‘Fallin Rose’ dropping the tempo and infusing a disco edge to things, with old school synth and bass tones. Lewis Boardman takes things onto a dubby tip with his ‘Temporary Psychosis Remix’ of Cozzy D’s ‘Shake That Acid’ fusing 303 blips with low-slung rhythms. Puente & Rosch’s ‘This Feeling’ gets reworked into a loopy, groove-led number by Johnny Mikes and to tail off the package Newbie Nerdz deliver a classic slice of house with their version of Viadrina’s Spellbound to round of the package brilliantly.