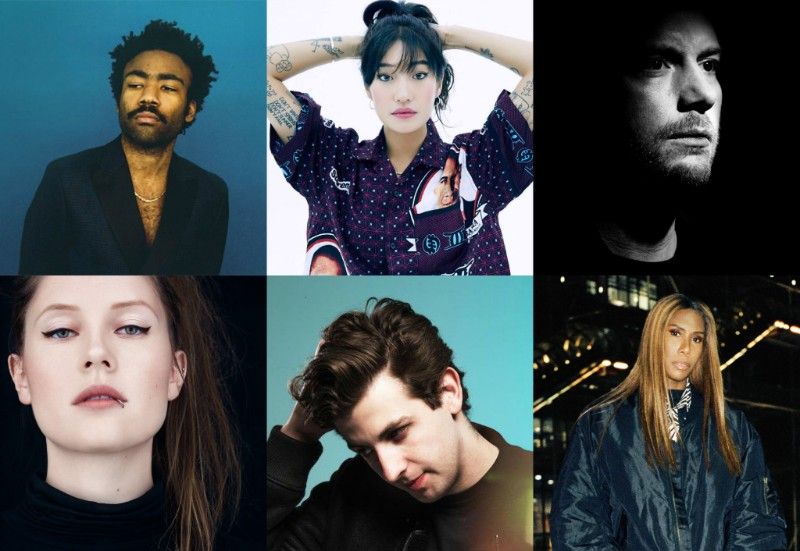 6 OF THIS SUMMER’S MUST-SEE MUSIC PERFORMANCES

From the biggest Ibiza opening parties to the summer’s most hotly-anticipated festival shows, here’s 6 unmissable music performances for 2018.

Childish Gambino's "This Is America" video amassed close to one million views in the first hour on YouTube and has now racked up more than 115 million views, becoming one of the most watched videos on YouTube this year. Donald Glover's alter-ego will be making one of only two scheduled European performances at Bilbao BBK Live festival in Spain this July.

There are many, many gems on Oasis festival’s 2018 line-up, but one in particular that stands out as one of this year’s most-anticipated performances is rising Korean selector Peggy Gou. The name on everybody’s lips this year, Gou has impressed with performances at Berghain and London’s XOYO, releases on Ninja Tune and Phonica, and a killer Essential Mix which dropped earlier this year.

Eric Prydz is a giant of the contemporary dance scene thanks to his immaculate productions and rare understanding of dance floor dynamics. The Platinum selling producer responsible for some of the biggest progressive house and techno tracks in the last decade and he continues to innovate the boundaries of live performance, nowhere more so that Hï Ibiza, where he launched his debut Ibiza residency in 2017.

Returning for Year 2, Eric Prydz and guests will be taking over Tuesdays at Hï Ibiza from 10 July – 25 September. Expect more of the same immersive spectaculars as Prydz treats crowds to a blistering and inimitable blend of house and techno along with a visual and audio experience like no other. Find out more at www.hiibiza.com.

The xx bring their acclaimed Night + Day festival to Bilbao BBK Live this year, curating a week of music, cinema, radio and afterparties in the city streets and cultural hotspots. From 6 to 11 July, the city of Bilbao will be host to a diverse range of cultural activities, including a performance by Jamie xx and special guests from the world of electronica on two stages outside the city’s most iconic background: the Guggenheim Museum Bilbao.

Belgian DJ-producer Charlotte de Witte is one of the biggest names in techno right now, thanks to her thundering DJ sets and productions on labels such as Novamute, Turbo and Suara. With an Essential Mix and Resident Advisor mix already under her belt this year, as well as a packed tour schedule with stops at Awakenings, Pukkelpop and Bestival to name just a few, this summer is shaping up to be her busiest to date.

Don’t miss her debut appearance at Sónar by Night on Saturday 16th June, which has the makings of something special indeed, with the Brussels native stepping up after Richie Hawtin for the closing set of SonarClub.

Glitterbox’s 21st century disco, with its extravagant production, flamboyant performers, and dancefloor hedonism has made it one of Ibiza's most talked-about parties. This season’s roster is another disco and house-fuelled delight, with Chicago native Honey Dijon stepping up to work her magic on Friday 6th July. A regular at many of the best nightlife spots around the globe including, Panorama Bar, The Block and Smart Bar, Honey's meteoric rise over the last few years is a result of her unique DJ and production style that has captivated dancefloors around the world.