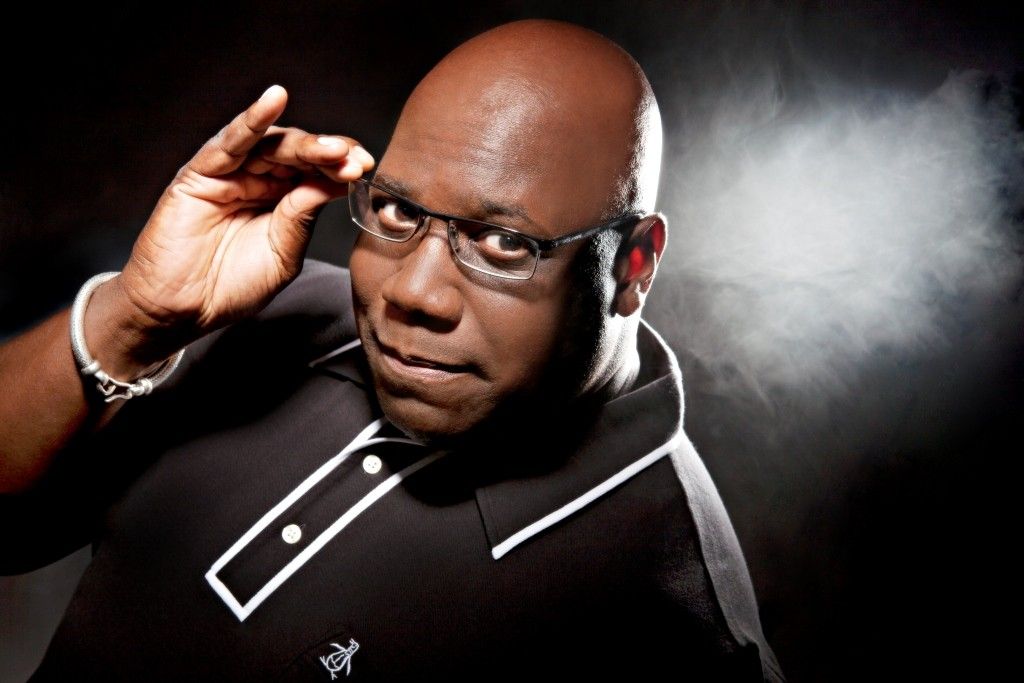 We chat to DJ Awards nominee Carl Cox, nominated in both Techno and International DJ categories.

Welcome to the DJ Awards… You have been nominated in the TECHNO and INTERNATIONAL DJ categories. These nominations are to celebrate your achievements up to date. What do this and other DJ polls mean to you?

It’s really cool to be recognised for the work that I do. After so many years, even at this point it still amazes me that a lot of people still see me as someone relevant and still doing a very good job based on what I do and how I do it on a week in week out basis. For example, last weekend started for me in Barcelona, playing a party called Hyte, then flew to Ibiza to play Music On with Marco Carola, and then I ended up playing in Rimini, Italy.

All these parties were unbelievable and here I am, 52 years old, still out there packing the place out, people are going crazy and enjoying it. And then I just walk away, I get back home, and it’s off to bed on my own to get some much needed sleep! But I love it, I really do enjoy the fact that I am able to be the person that I am, doing what I love, for no real reason apart that I love to share my music.

There are a lot of DJs and producers making some great music worldwide. People like Hot Since 82 and Harvey McKay are breaking through and there are a lot of new names coming to the attention. There are DJs who have been around for the past 8 or 10 years who have just started to breakthrough now. And the scene and the sound will change eventually. There are people like Dyed Soundorom and Dan Ghenacia who are making moves in the Deep House scene, plus Eats Everything has been phenomenal on his rise to fame.

We got bands such as Disclosure also coming through now, they are very young guys of 20 and 23 years old putting together some really good music and people are seeing that these young guys are making a very good move now in the scene and they get a lot of fans following their music.

It’s a really good time for music right now and some of the artists I mentioned are now becoming the forefront runners or are now the leaders of the new music scene and it is really good to see that.

It’s festival time across the globe now, tell us which are your favourite festivals you’ve played at so far and why? And which are still on your to-do-list and why?

I’ve played a lot of festivals this year as you can imagine. Exit in Serbia was completely outstanding and Dreambeach in Spain was great too. Wow!, I have played so many festivals that I have probably done most of them! I find myself doing more festivals now in summertime than anything else. And they are all very well attended; it’s just incredible how many thousands of people go to festivals!

Tomorrowland this year was amazing, over both of its two weekends. Electric Daisy Carnival in Las Vegas attracted 150.000 people per day over three days, which is a lot! Ultra Music Festival are now doing their European dates as well, and I also played for them in Croatia, which was just incredible.  And of course I played the Ultra Music Festival in Miami where I had my own stage Carl Cox arena that was very well attended. So these are some of the festivals that I have done this year. There are not many other festivals that I’d wish to play for because normally I would get to those in the end,

The festival scene is now phenomenal, in the sense of bringing people together. What’s really amazing is that it has become a part of our life system now: you have that club scene where you’ve got the parties that you’re going to, and you have that festival scene which is like a celebration of dance music.

Which are the countries you have been touring the most during the last 12 months?

It’s been quite sporadic in some ways. I haven’t really toured America… I kind of go in and out of America. Of course, having a residency here in Ibiza has been central for me. From here I’ve been travelling to Italy, Germany, France, Greece and to kind of everywhere. So I can’t actually call it touring.. I’ve been kind of going in and coming back. It’s the only way I can get around to more or less see everybody because if I am touring one area I am away from everybody else.

What 3 tracks in your play list never fail to get the dance floors crazy across the world, and why you think they have such an effect?

If I have to choose three tracks, these will be three tracks with a history behind each of them, because those histories bring memories. When you are left with a track inside your head, it brings you memories about where it was, who you met, how you got to the festival, and how you felt about that time. For example, ‘Finder’ by Ninetoes makes people say: “Oh my god! I was at that place when I heard it…” – and it’s just great when a record really grabs you in that sense.

Another track that I like to play is ‘Promised Land’ by Joe Smooth, which is an old school record, and those people who remember it start thinking of the beginning of house music but it still sounds so good today.

When it comes to techno records, I would name ‘The Bells’ by Jeff Mills, because it is a timeless tune that makes people jump every time I drop it.

In 2014, is there any new equipment, or software that you´ve discovered that now are must-haves for your DJ sets? And why would you recommend it/them to fellow DJs and producers?

My set up now is quite elaborate because I am working within the confines of Pioneer hardware equipment with Traktor software. I still use the Pioneer CDJ players as if they were turntables. I still like to play freestyle, I still love that the element that I can cut records up, drop records in, spin them back and this kind of things.

People still like to feel the human behind what you’re doing when it comes to mixing music together. So with the element of using these two things together, enables me to still work within the Traktor confines but also to be free to DJ based on how I used to play turntables.

I actually use 4 Nexus CDJ players and a DJM 2000 Nexus mixer, and I use the Traktor to have and run my music through that system.

Tell us about any new productions you´re working on, and which producers you’d like to collaborate with in the future and why?

At the moment I am working with Nile Rodgers. We met around two years and he was super excited about my music and how I command the floor. He came up to me and was really adamant that he wanted to do something with me that we’ve never done before. Nile Rodgers had never really been involved with anything to do with Techno music. Because he is such an amazing live musician, it is difficult to have someone else so live orientated into something that’s so structured as the sound of techno, but we finally made it! Basically, we´ve collaborated and made this techno track with Nile Rodger’s guitar licks inside the tracks which actually works really, really well. So I am working with him on some other new music as well, so it’s fantastic.

If you had a week off in Ibiza, which parties would you definitely not miss?

I definitely wouldn’t miss Music On by Marco Carola on the Friday. This party is absolutely phenomenal and actually I had the pleasure to play for them on August 22. This party has good energy, good music and good people, and I feel really comfortable being there. Also I would definitely check out Sankeys, which is so dark and underground. And DC10 for sure, where lots of my friends go on a regular basis.

We wish you the best luck. How will you celebrate if you win the DJ Award for any of the two categories you nominated in?

I’ve got some friends that I am taking with me and they are super excited to be at the ceremony with me. If I win I will probably go out, and wherever it takes me, I will make sure that everyone around me also celebrates! All that people that surround me have also been working really hard, and they deserve everything that I get. Whatever I get, they deserve a part of it too, so I will be definitely celebrating with them.