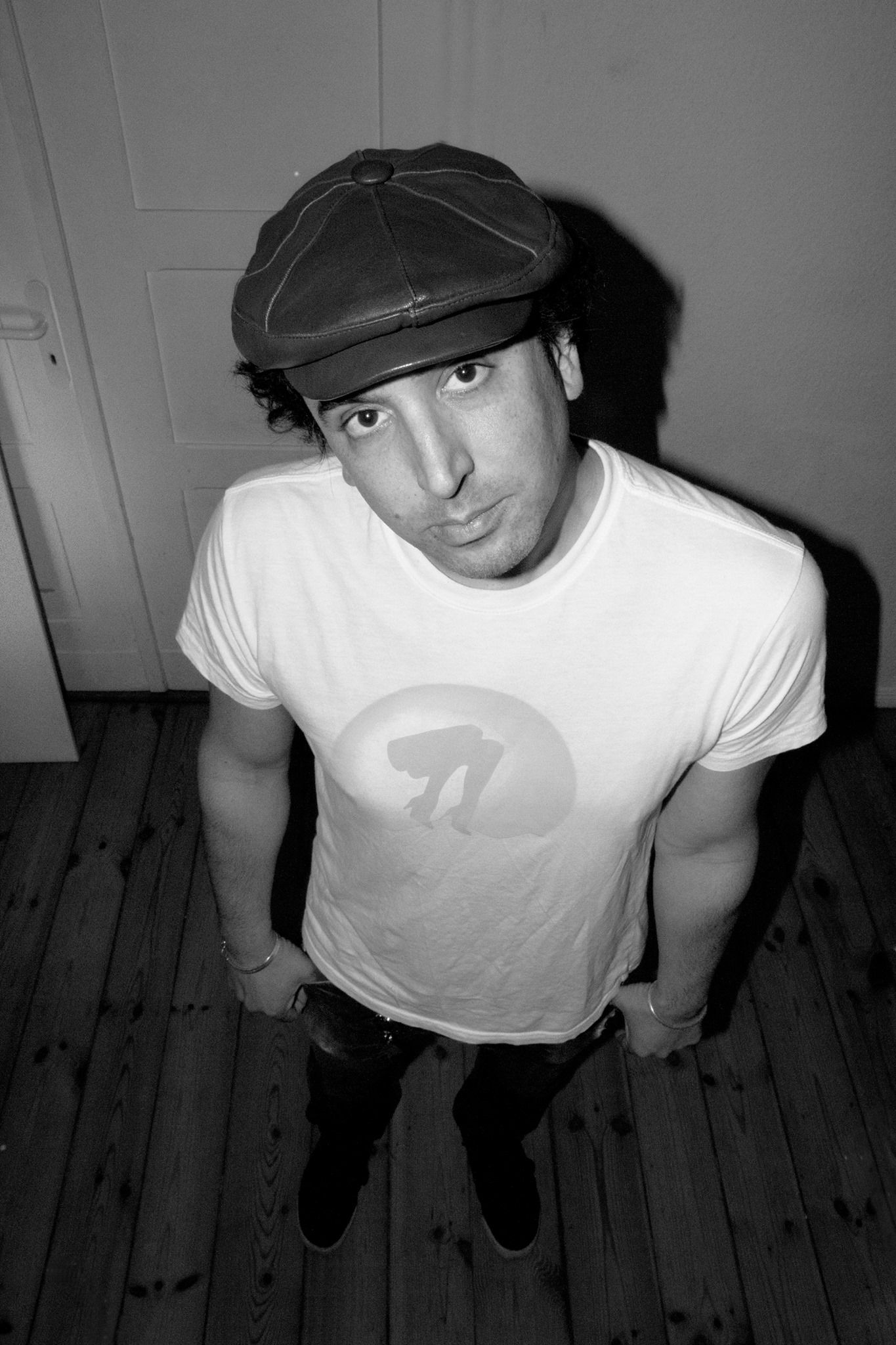 Although best known for his endeavours as Metro Area, Darshan Jesrani is a man of many personalities. Always producing music with splashes of colour, the Brooklyn-based producer deals with disco-driven electronics that combine nu-wave, synth-pop with elements of funk that ultimately project a vibe that puts a smile on your face and of course, gets you grooving.

Looking to make an impact away from his other projects under his own moniker, we caught up with the recording artist to find out a bit more about the reasons behind the new project, musical inspirations, being featured in Rolling Stone and why the future’s bright.

Hi Darshan, how are you?

I'm ok.  I guess as good as someone can be working in a brutally underfunded business, within a country which is about to be completely upended.  Never a dull moment, that's for sure.

Great new release on Chit Chat Records. What is it like running a label in the electronic industry right now? How does it affect your productions style do you think?

Thanks a lot.  I think, by most accounts, running a label these days is a heartache, but Chit Chat is run by the good man Tony Adams out in LA.   I'm fortunate enough to have been asked to do something and have it handled with good care, mastering, pressing, packaging and PR.

You’re based in Brooklyn. How does living in NY influence your music?

Yeah.  I think NY has sharpened my taste for what it means for something to work or not work.  People here have no time, so I think that impatience kind of permeates our thinking.

Were you musical growing up. What inspired you to produce such music?

Yeah, I was always musical.  From as far back as I can remember.  My mom and I used to spool and unspool my dad's tape reels by putting pencils through the spindle holes and spinning them.  The inspirations to produce what I do have been so many.  It's part of the blessing and curse of being prone to creativity.

You’re a solo DJ and also perform live with Morgan Geist as Metro Area. Tell us a bit about that. How did that come about and how is it different to your solo performances?

Well, without getting into the history of Metro Area, Morgan is a good friend of mine and a few years ago we decided to put together another live tour, done differently from the way it was played the first time we did it the first time around in 2001-2.  We don't do it anymore though, we've put that baby to bed.

Your 2008 mix for Fabric was considered one of the best modern disco mixes. Tell us a bit about that.

It was fun to do – Fabric asked us to contribute to their mix series.  Ours is #43.  The intro is really silly and kind of captures a bit of our sense of humor, and the mix itself is a bunch of stuff we like, of different styles, which increases in tempo from beginning to end.  It's fun.

You’ve also won accolades from Rolling Stone and Radio 1 in the past for Metro Area. Would you say you’re trying to focus on your solo work now?

Yeah, we both are.  I have a lot new solo music in the works right now, and also a new collaboration – with my good friend Dennis Kane, who is just an incredible artist in his own right – called SIREN.  SIREN's sound is really different from what I do solo, and from Metro Area.  We've been releasing our singles on Compost.

I dunno, spacey, a little weird and sweet at the same time which sometimes yields a sort of melancholic soulfulness?  I try for strong grooves to anchor all of that.

Your tracks have a signature groove to them. What is your studio set up to make such gems?

Thanks! My studio is a pretty motley assortment of gear from different periods.  Most of my synths are analog and I use an analog mixing console to record from, but I use Digital Performer by MOTU as my workstation which I think has a really subtle but profound overall effect on the way my tracks feel.  I also use good A to D converters to get a strong, clear signal into the computer.

What artists would you say are your main musical influences?

Really hard to say.  There's a little bit of so many artists in the stew.

You have a busy touring schedule. How do you balance performing and studio time?

Touring schedule hasn't been so busy of late, so it's been real easy, let me tell you…  I'd welcome some difficulty right about now.

Any projects in the pipeline we should be excited about? What does the future hold for Darshan Jesrani?

If I only knew!  If the past has been any indication I hope to be able to bring out more inspired stuff, made with love.  Please find me on the socials to keep up to date on the latest.  New SIREN 12" out before summer, new Cylinder 12" out soon, plus a reissue of a techno-y thing I did 20 years ago, before Metro Area, coming back out on a big indie dance label you all know and love.