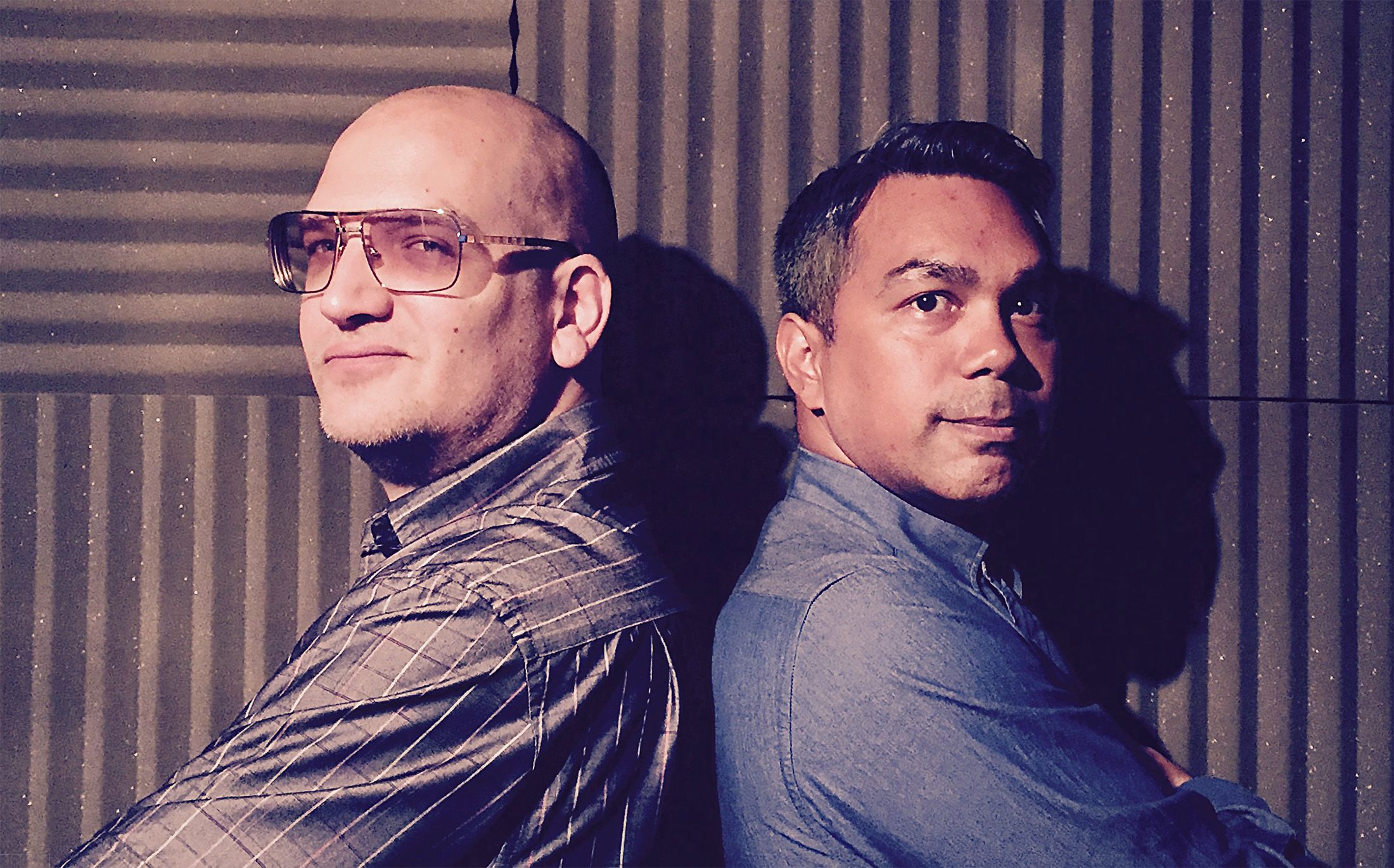 Look out for the new release from David Pryla & Toni Toolz. 'Moonlight Señorita' is released on Big Mix Up Records. The pair had us in stitches when we caught up with them ahead of the single release at their South London Adobo Studios.

Pryla: "Why? What have you heard about me?"

Toolz: "I heard that the universe is expanding."

What’s the best night out you’ve ever had?

Pryla: "Simple! Proposing in the Maldives, under the stars, with a private chef cooking the best steak ever, the ocean beside us, and then partying all night at the beach bar drinking champagne."

Toolz: "Soppy old git! I'll go with a free party in Manchester. Was a squat party in an old solicitors building with three sound systems and I was running the top floor. Awesome couple of days!"

Toolz: "I'll have to say Egg. Was pretty cool to play there."

What’s your favorite record of all time?

Pryla: "Guinness do pretty good ones."

Toolz: "That's too hard! So many to chose from. For the sake of an answer I'll have to go with Mr Oizo – Flat Beat."

What record can’t you stand?

Pryla: "Sit Down by James."

Toolz: "Unfortunately there are so many of these too! I'll go with Where Is The Love by Black Eyed Peas."

What record did you loose your virginity to?

Pryla: "Billy Ocean – When The Going Gets Tough."

Toolz: "Alas there was no music but if there was I wish it was Ace Of Spades by Motörhead."

What was the first record that you bought?

What was the last record that you bought?

Toolz: "That's not really fair as I get sent a lot of promos. I recently bought Underworld's new album though."

Toolz: "One sugar in mine, cheers!"

Who would play you in ‘Pryla & Toolz’ the movie?

Pryla: "A nice round of golf followed by a few drinks."

Toolz: "By switching my phones off."

What is your favorite possession?

Toolz: "Well, obviously the same but never, ever, in the same room as Pryla."

When was the last time you committed a crime?

Pryla: "Sorry, I can't speak without a solicitor present."

Toolz: "This morning I burnt a CD for the car but I didn't get every artist, label or publisher's express written permission first."

What is your life philosophy?

Pryla: "Treat others how you’d like to be treated."

Toolz: "Be grateful and be happy!"

What is in your pockets?

If you were an animal what animal would you be and why?

Pryla: "A sperm whale,Ii’ll let you work that one out."

Toolz: "The wife calls me a lion so I'll go with that. I reckon it's probably quite peaceful."

You are having a party whom, dead or alive is on the guest list?

When was the last time that you embarrassed yourself?

Toolz: "I honestly can't remember. Probably when this interview goes out."