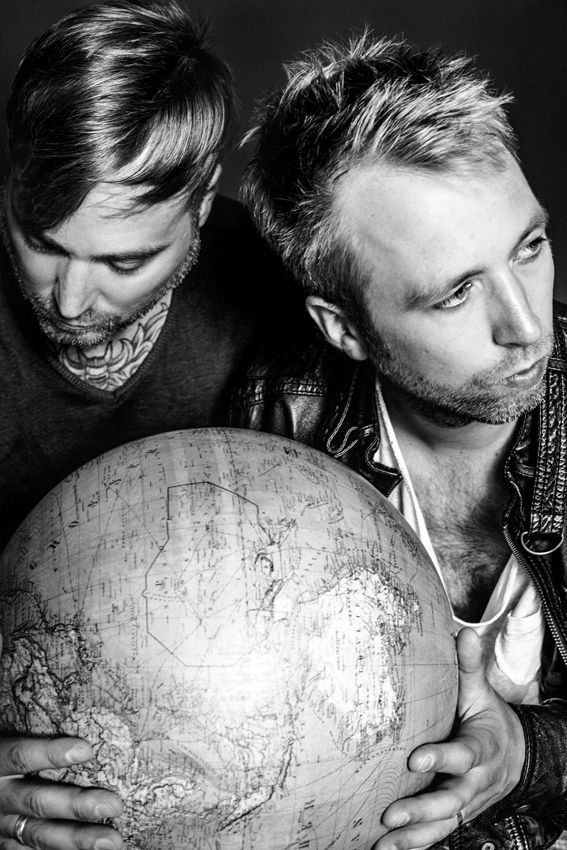 We recently caught up with two of Techno’s rising talents Drumcomplex & Roel Salemink to talk about their exciting debut album ‘Crossing Borders’ (recently released on Carl Cox and Jon Rundell’s seminal label Intec), ADE and much much more…

Your debut Album ‘Crossing Borders’ has just been released on Carl Cox and Jon Rundell’s Intec imprint. Can you talk us through the inspiration and processes behind the creation of the tracks?
The idea started 1.5 year ago. We made so many EPs and remixes together and at that moment we decided to do an album. We started with a lot of tunes and these twelve tracks made it to the album. Our goal was to create more musical stuff than we normally do but also all the tracks had to be useful for the dancefloor.

You released your ‘Priority’ EP with Intec previously this year. What was it that made you decide to go back and release your album with them?
Intec is one of the best Techno labels in our opinion. We are also a big fan of Carl Cox and his concepts. Carl has supported our tracks and remixes in his sets within recent years. We are in good contact with Carl so when the album was finished we directly contacted Carl & Jon because the sound really fits will with Intec. Carl contacted us and said: ‘every track is a winner, as far as I am concerned. Amazing!!!’

Are there any other Intec releases that are finding their way into your sets at the moment?
Roel: Yes Always. I really like the stuff from Jon Rundell, his records are in my sets a lot along with other Intec artists and releases.

Arnd: I have been a big fan of Intec since the end of the 90s, there are a lot of big artists which are doing amazing productions and find the way into my sets.

Some of your standout tracks on the album include ‘Clockwork’, ‘Bullet In My Head’, ‘Roaring’ and ‘The Force’. How have they gone down on the dancefloor?
They do really good in the clubs. We’ve played them for a while and people always ask us ‘what is this?’ it’s a great track. So before the album was out we already knew these tracks are good enough. Carl was also playing the new tracks at really big festivals like Ultra, Awakening or Tomorrowland and the reaction on the floor was really huge!

How did you meet and what inspired you to start working together?
Roel: I booked Arnd years ago for my events. A few years later Arnd asked me to do a remix for him. Then we decided to do 1 EP together. That was the Scorpio EP on Marco Bailey’s MB Elektronics. It was so much fun hat we decided to collab more. We also do solo stuff but 90% is a collab between us.

Arnd: Think that was in 2006 when Roel booked me in the netherlands on his own party. Our collaboration is something really special for me as I never get bored of it and maybe that’s why it goes so well.

How do you like to work together in the studio and is there any piece of kit you can’t do without when making a new record?
Roel: I have my complete studio in my macbook using Ableton live. It’s an amazing tool to work with. I use some great plugins, my favourite the Arturia Analog Factory with the Arturia hardwarde controller

Arnd:  I have 2 Studios, a small project studio at home and our big studio together with my brother Daniel. I’ve been using the Native Instruments Komplete bundle for our productions a lot.

How has your production style developed over the years?
Roel: I didn’t have any education so years ago I started trying things and that worked well. I also did collabs and that helped a lot by seeing how other people work. I also had some really good feedback from Jon Rundell. He told me to take more time and put more energy in my releases. That worked out very well so we are on Intec with our album. Thanks for that Jon!

Arnd: I start producing at the beginning 2000 with an old Apple pc and some hardware synths. Over the years VST Plugins got better and better and better so we have now mostly quit working with hardware. For our mixdowns and mastering we use some hardware machines like Emprical Labs – Distressor or a clone of SSL Compressor. This puts a little bit of the analogue feeling back into your productions and I think you can really hear it.

What was the first record either of you bought?
Roel: Years ago of course that was the Skywalker EP by Kai Tracid. Still a great EP!

You both recently played at ADE. What were the highlights for you?
Roel: We had a lot of meetings. Also a good meeting with Jon from Intec. So for us that was the most important. We also played some gigs. I played at Cue Bar on Saturday and Paradiso on Sunday. All together ADE was amazing as always.

Arnd: Oh yes we had a lovely time this year during ADE, we met a lot of old and new friends. I played a back 2 back set with our good friend Tom Hades at Dockyard Festival which was pretty amazing.

You’ve remixed an impressive number of records together, but what do you look for in an artist when it’s your track being remixed?
Of course we want to be sure that it’s a good producer. But there’s no restrictions for him or her. It’s a creative process so we don’t like to tell someone what he or she has to do.

Who would you most like to remix?
Roel: That’s hard to choose because there are really too many producers that I adore. Christian Smith is a really great producer but also Slam and Harvey McKay.

Arnd: I agree with Roel that’s hard to choose but to name a few I really like are: Gary Beck, Pär Grindvik, Psyk, Johannes Heil

What’s next in terms of collaborations between you two and what upcoming gigs are you looking forward to?
We have already starting working on a few new EPs but we’ve decided to not do so many EPs as in the past. We are focussing on only a few EPs for good labels. Also, we are doing a collab with Carl Cox & Nile Rodgers from Chic. We also have some amazing gigs forthcoming in Kiev, Budapest, Amsterdam, Frankfurt, Kassel, Graz etc… Our Agency Blakksheep is doing an amazing job for us at the moment and there are some really big things on the way.

‘Crossing Borders’ is available now to download via Beatport, and will be available worldwide from November 3rd.