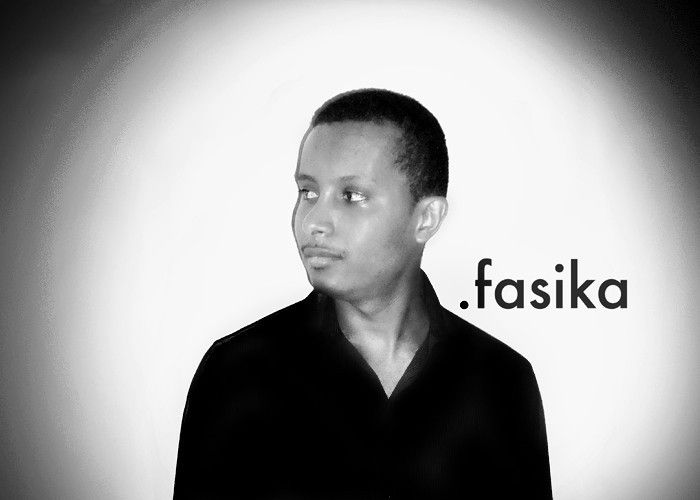 For all of the unnecessary hype that can latch on to a number of house music producers these days, there’s still a larger amount of producers who are happy to make music for music’s sake. One such man is Washington DC dweller Fasika – an Ethopian immigrant whose life – it would appear, revolves around a vehement and impressive house music agenda. Well, that’s how we noticed him anyway – due to the quite captivating ‘4th Law of Motion’, which is out now on the Sinnmusik* label. A software engineer by day, Fasika is very much a different sort of beast by night. We checked in with him to find out more…

So…how’s life with you? What’s going on in the world of Fasika?
Everything considered, I’m at a happy place in life. I live and work in DC. I’m a software engineer by day. Happily married to a beautiful woman of the same profession. I’m one of the few House/Techno producers that do not have a DJing background.

Is Fasika a stage name then…or what’s the idea behind it?
It’s my first name. I’m an Ethiopian immigrant in the states and Fasika is the Amharic word for Easter/Pasch like the latin word Pascha or Greek Paskha. My parents gave me that name because they were married on Easter. With that said, maybe I should kindly mention that I’m not of any religion since my name throws off some people into thinking otherwise.

You had a track called Renaissance on sinnmusik* before. So are you more a fan of older electronic music?
Absolutely. I was born in ’83 so for me it represents a time when there was an explosion of new sounds and genres. And what drew me to electronic music early on (House, Garage and Techno) was that it carried a happier tune compared to other types of music. Even the instrumentals were danceable and no one was boring you with their love stories, I mean what 10 year-old wants to hear slow jams after hearing Mr. Lees’ ‘Get Busy’.

You’ve released some really great music on sinnmusik* recently. How long have you been producing? What is it about making music that you dig so much?
It was a slow progression. I started to get into it around 2000 or 2001 when I was a freshman in college. Later I started using FL Studio 3 or 4. It gave me an outlet to channel my energy after school in my late teens and in hindsight helped me academically since it had turned into a great hobby and steered me clear of other distracting activities after school hours. One of the things I loved and still do about making music is that when I was a kid, or even in high-school, I’d hear a song and think what if this part was different or may be wished my favorite part of the track was more elaborate or extended. So making music later on allowed me to try out different things I had in mind and most times it was just a curiosity of what the track would really sound like if I did this or that, than say completing an actual track, EQing it and polishing it up to sound professional. The second a track had run its curiosity element, I was off to the next track. So most of those old tracks have an unfinished vibe to them but they served an entirely different purpose by then. Of course I don’t do that now since other people listen to my tracks and I have to make sure things are air tight.

And what’s your involvement like with the label?
It’s great. They are my first label and I’ve learned a lot from them. I also like the fact that the artists on the label are from all walks of life and geographically everywhere.

And who really inspired the tracks you’re making recently?
That’s a tough question in that a lot of people have influenced my sound in general throughout the years. I loved reverbed synth chords ever since I was 6 or 7 and I have noticed that I still gravitate towards that. I also grew up listening to a lot of dance music from different parts of the world so I’d be surprised if some of that has not been an influence. Most of the elements in those tracks are still the classic garage, house and techno elements so I have to give credits to the pioneers and people who carried the torch in the 90’s like Masters at work, Kerri chandler, and others since then.

And where did you learn to produce? Was it a long slog before you were confident in your work?
It all started in some wave file editing software on my computer when I was 17. Then came DAWs. Then I started reading about music theory as much as I can, even the physics and maths behind it. I think it’s safe to say that I was and still am obsessed with the science behind it. It was more of a learning process and making the music that I liked, than actively trying to produce polished up tracks and get signed to a label. So I think mine was a somewhat unconventional route.

Are you a confident person and producer then? Or do you spend too long on your tracks?
Confident is a strong word. I’m comfortable with my productions. I usually don’t spend too long making a track but lately I’ve noticed that I don’t rush it as I used to because I’m now making music for other people as well. One thing that I usually do is that I’m working on at least half a dozen tracks at a time so that way if I have an idea and for some reason doesn’t go well with the track I had in mind then I can adapt it to another one. So that way I’m not forcing the creative element and all tracks are incrementally getting better.

Is there any theme or ethos running through these tracks then?
None; at least not intentionally. All I do is try something and see if I like it and other people like it. I make music to take myself on a different creative journey after office hours. These are just dance tracks, nothing more.

Are you most comfortable making tracks in a similar style? Or are you pretty diverse with the music you make?
I’m diverse with the tracks I make. Dancehall, dub, drum and bass, and some of the stuff are all over the place. although I’m recently more focused on making house tracks given that I’m signed to a label and also that if I had to pick one genre it’d still be house.

Aside from house music, what else do you listen to? How do you ‘switch off’ musically?
Besides house, techno, garage and other modern genres like drum and bass. I listen to a lot of 70’s Funk and Soul music. I like traditional and modern Caribbean music, South African Kwaito and Mauritius Sega and other types of music from other countries including Ethiopian Jazz that I grew up with. I’m not sure why but ‘switching off’ musically has never been the issue for me.

I wanted to ask about Washington. It seems to have a really healthy house music scene these days, am I correct in saying that?
That’s correct. We have a booming house scene here. Given that this is the east coast, it still takes a backseat to hip-hop and R&B but even that’s starting to change a little.

So when did you start going clubbing then? Has the scene there changed for the better or the worse in your eyes?
It has gotten much better over the years. Granted that I’m not a DJ and this all based on my weekend night outs, a lot of people are pretty happy with how much the house scene is thriving here. One noticeable gap is radio support which is still dominated by Hip-hop and R&B, but I have a feeling that’ll change soon too.

What parties did you go to then? What happened to most of the earlier promoters?
I used to go to a place called club 5 that closed down 5 years ago, 18st. Lounge and few other places. I didn’t know the promoters personally though since I wasn’t a DJ. We now have new places like U St. music hall and Flash DC who are driving most of the DC house music scene.

So are most of your good friends musicians too? Are you involved in music away from your productions?
Unfortunately no. I know few people that are in bands. And may be if I tried I may have been involved in music outside of my own, but with my career, my own music productions, and other hobbies of mine, I didn’t think I had enough bandwidth to accommodate it.

What’s next for Fasika that we ought to look out for?
I have a single coming up in 2 months featuring Sake and Bis-Boys. I’m also working on almost a dozen tracks even though I’m not sure which ones will make the cut for an EP or two.