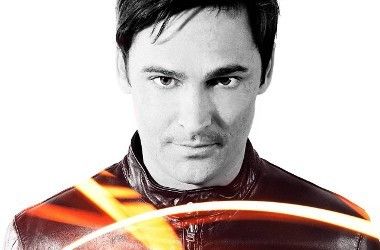 Marc Vedo may just be the busiest man in dance music – sharing his time between DJing at some of the world’s biggest parties, producing, promoting and managing.  Somehow though, between the never-ending airport runs and the sellout shows alongside some of the industry’s biggest names, he’s managed to find the time to collaborate with A Boy Called George and 8 Ball to produce what is promising to be one of this summer’s most memorable tunes.

Out now on Zulu Records, “Sunshine” is an uplifting, tribal beast with gorgeous vocals from Basement Jaxx’s Sharlene Hector that will undoubtedly have heads nodding across the world this summer.  Taking a few moments out from his hectic schedule, Marc’s been able to give us an insight into just how the track came to be.

Marc, the lyrics to “Sunshine” sound familiar, what’s the story with the track in its current form?

This track was originally released a few years ago on my own and Boy George’s imprint VG Records.  We all decided that this track deserved another run so we re-recorded the vocals and gave it a 2013 deep house sound.   I have to say that this sounds so much better than the original and we are very happy with the results.

Being as busy as you all are, how did the three of you find the time to get together and essentially make the tune not once, but twice?

Well, we all work very hard and have to make time for these things.  George and Sharlene recorded the vocals together in their studio and Darren and I worked together on the music in another studio so it was very much a joint collaboration to get the final product finished.  I think most collaborations these days are very similar.

You’ve been Boy George’s manager for a while now, was it a natural progression to begin producing music together too?

We were always friends from DJing in clubs around the UK and our first ever track together was back in 2005, on Hed Kandi label so the music side of things was already there.  The management side is actually what came afterwards and that was very much a natural progression.   As my company Koolwaters started to expand we started doing more shows with George around the world and in 2009, George wanted to change his management and develop his DJ career so we discussed the ins and outs and decided to make it happen.   Its been hard work but worth it in the end.

Deep House is traditionally from the city, how did you go about turning “Sunshine” into a Deep House track with a summer vibe?

This is a sound that we have been feeling for sometime now and deep house can be really groovy, melodic and vocal so it was just a question of finding the right fit for “sunshine”.  We actually stripped back most of the vocals as they didn’t really fit with the vibe we were going for and we wanted to keep true to deep house.  I am really pleased with the results and can see this being played at beach parties around the world this summer.

When you start a project, is it a conscious decision to include vocals, and if so – how do they alter the final outcome of the track?

Yes and No.  Sometimes I go into the studio to make a track, with no intention to add a vocal, but then afterwards an idea comes along that works really well so the track ends up with a vocal.  Other times I set out to write tracks that will only sound completed with a full vocal over the top so the challenge is to get a vocalist and a song writer to record something that fits the track.  It really depends on the vibe you are going for, will determine most of the times how you work in the studio.

By my count, there are at least four people involved in the production of “Sunshine” – was there any foot stamping or “too many cooks” situations when working with so many creative people?

Ehh, YES!!! There was definitely some of that going on but we got there in the end.  Its always much hard when your working with so many people but if you want to make things work, sometimes you need to be flexible.  I kind of prefer doing thing on my own sometimes so you have full control of what is happening and saves you all the stress in the long run.

Is it true that as the head honchos of Zulu Records, My Digital Enemy wouldn’t let you leave the building until you had promised to include their remix on the final release?

I think it was actually the other way round, I said that we wouldn’t leave the building unless they did a My Digital Enemy remix!! You have to love Chinese whispers.

You obviously spend a lot of time travelling to sunnier lands – what is your one essential item that you can’t travel without? (You can’t say sunglasses)

And finally, if “Sunshine” was a flavour of ice cream, what would it be and why?

Strawberry! Sweet and delicious and perfect for those summer moments..