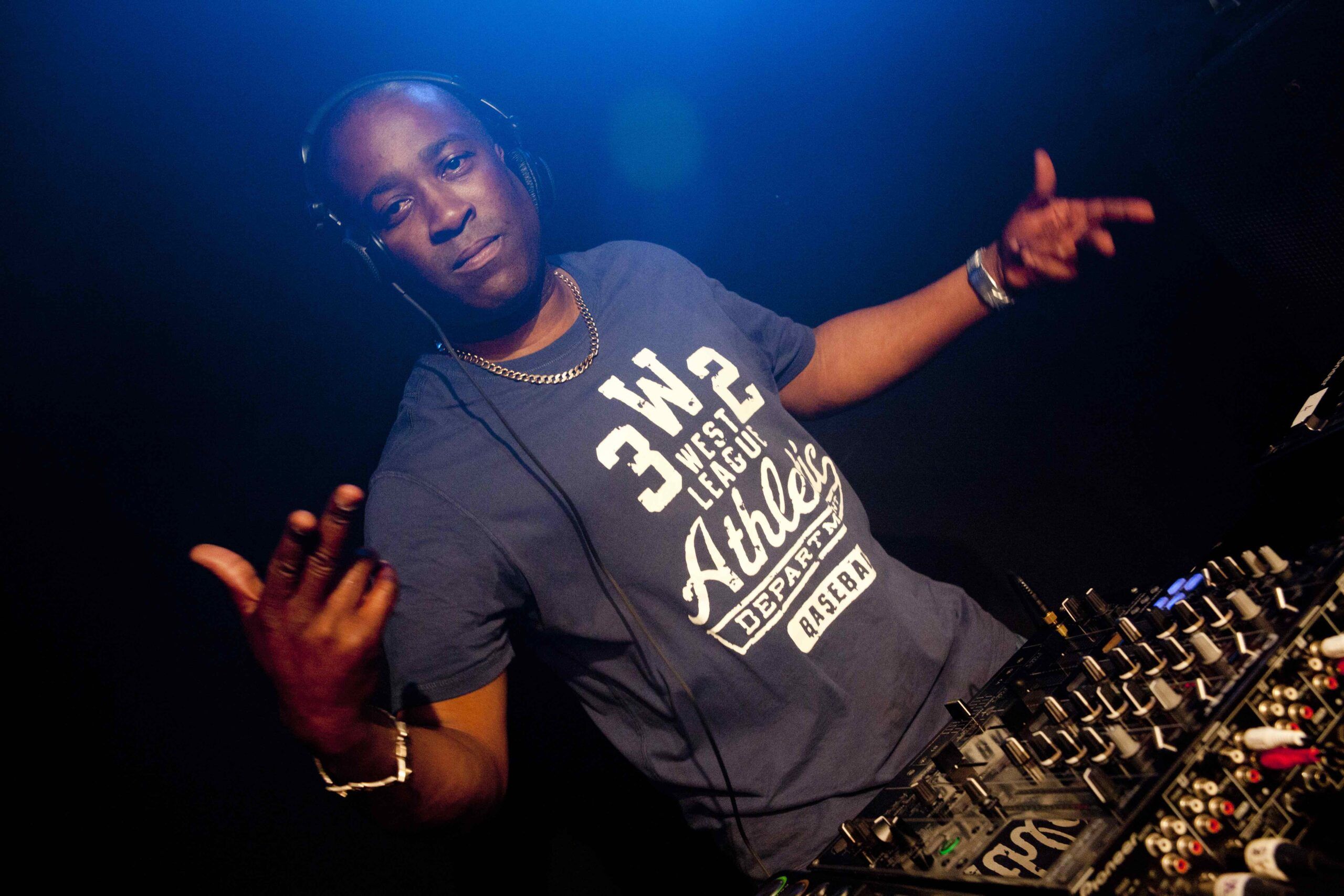 Mike ‘Ruff Cut’ Lloyd is hailed as one of the leading lights of the UK Garage scene, with ground-breaking radio shows on Choice FM (2001-2003) and Deja Vue, as well as mixing CDs for ‘Garage Nation”, ‘Pure Silk’ and Blam Records. He recorded ‘Down’ with Zed Bias for XL, won a UK Garage Award for his achievements and went on to work on Kiss TV and Rapture TV’s ‘Clubber’ show.

Renown for his storming upfront sets and flair for giving the crowd what they want, Mike is one of BackTo95’s most popular headliners, and his cutting and scratching in his sets is credited with influencing a whole host of DJ’s to get into DJing as well as making him stand out from the crowd.

Born and bred in London’s East End, Mike began his DJ career on the local sound systems playing electro and Hip Hop, and going on to win the London MTV Mixing award in 1989. He then joined South London pirate Passion FM alongside the likes of Jumping Jack Frost and Bryan Gee, followed by stints at LWR and Laser where he continued to develop his musical style by introducing US House and Hardcore into his set. When the hardcore scene split in the early nineties he chose not to play Jungle, but to concentrate on the US House and Garage scene.

Mike joined pirate radio station DeJa Vue and alongside MC Munchie they developed one of the most popular radio shows, that is still talked about today. Hugely popular, Mike’s upfront musical selection and unique mixing ability brought forth a steady stream of bookings for all the major clubs and events which continues to this day.  Mike now does guest shows on various stations including BBC 1Xtra and remains one of the most consistent and sought after DJs in the UKG scene, playing all across the UK and with some amazing International bookings too.

We catch up with Mike ahead of his heading set at BackTo95’s Old Skool Sessions event on Saturday October 10th at The Qube Project in Victoria, and he chats about why these parties are so special and why UKG is still going strong. See you at the front 🙂

What are you looking forward to at the Back To 95: Old Skool Special?

I’m looking forward to a great crowd and a party atmosphere as always.

And why do you think events like Back To 95 are so popular?

Because they are well-organised, held in good venues, with great line-ups and over the years have proven themselves to be a great night out.

What can party people expect from your set, styles and sounds?

I don’t pre-plan, I always just try to play bumpy and with a flow.

You’re something of a legend of the UKG scene. Where did it all start for you?

Well to be honest I would have to say it started in the bedroom entertaining friends and then slowly moved on to playing at small private parties. Also much is owed to my early years of radio especially the likes of Déjà Vu FM but most of all is just about having a passion for music and the art of DJ-ing.

A couple of highlights would be the first time playing at the then named Camden Palace Main Room and then the first time at the long gone Powerhouse in Stratford and of course my first set at Ministry Of Sound.

How did you get your name and is there a story attached?

I owe my name to Dee Pattern, who produced the “Who’s The Bad Man” anthem and his brother as they came up with the “Ruff Cut” part.

UKG was one of the first home grown dance sounds to really make it big in the pop charts and cross over into the mainstream, and is still going strong 18 years later. Most people tend to believe that “their” era of music was the best and that modern day music just can’t compare. Do you feel that way about the 90s, or do you think the current output from the UK ‘urban’ music scene is just as good?

I would never say that modern-day music doesn’t compare. Yes the 90s was a very special time, but music rightly evolves and as such the modern day UK urban scene has been producing stuff that is equally as influential.

How do you think the sound has evolved over the last couple of years with the success of Disclosure, Skepta, etc

I think it’s been great, you can really see and hear how these guys have taken their influences of UKG to another level.

There are lots of clubs nights celebrating the soulful house and garage of the late nineties what do you think it is about music from that era that people just don’t want let go.

If you were there at that time then you would remember how good the events were. You would have bought the tape packs, looked out for the flyer packs, dressed to impress, all these ingredients and more add up to some real meaningful memories. How can you let go of that.

What advice would you give to aspiring DJs & Producers?

Keep doing what you do, work hard at it and most of all, it should be enjoyable.

What three records never fail when you’re trying to get people up on the floor?

And before you leave us, can you tell us something you think we should all be listening to before we head out the door to Back To 95 Old Skool Special?