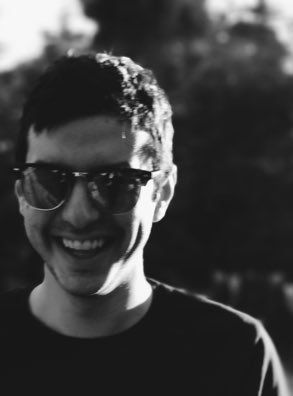 We catch up with RAMI who's new single 'Our Heart' featuring Tom Bailey is released this week on disco:wax.

Last year he remixed Cape Cub’s stunning Swim for the label, which has picked over 13 million streams, and returned to rework MajLO’s 'Another Day' in fine style alongside Martin Gutierrez earlier this year.

Every rework and original he puts his touch on turns to gold, and this one looks set to be another major smash.

Can you sum up your new single ‘Our Heart’ in three words?

Is this your first solo single?

Most of them are the ones I can’t remember.

No Scrubs by TLC probably or Ride Wit Me by Nelly.. there’s too many.

I don’t really listen to a lot of dance music to be honest. As for influences, one person I really look up to is Pharrell.

First record I bought was “Chocolate Starfish and The Hotdog Flavored Water” by Limpbizkit.

Last record I streamed was “Digital Druglord” by blackbear and I enjoyed every second of it.

Machine Gun Kelly and Camila Cabello – Bad Things. That’s the first one that comes to mind because it’s always on the radio.

Travelling for sure (mainly for the food). Lately I've been wanting to get into painting too!

Probably my grandpa when he was younger, I heard he used to go crazy. I always wanted to party with him but I never got the chance to. or DIDDY.

I try to from time to time. If burgers count then we’re good.

RAMI 'OUR HEART' ft Tom Baily is OUT NOW on discowax