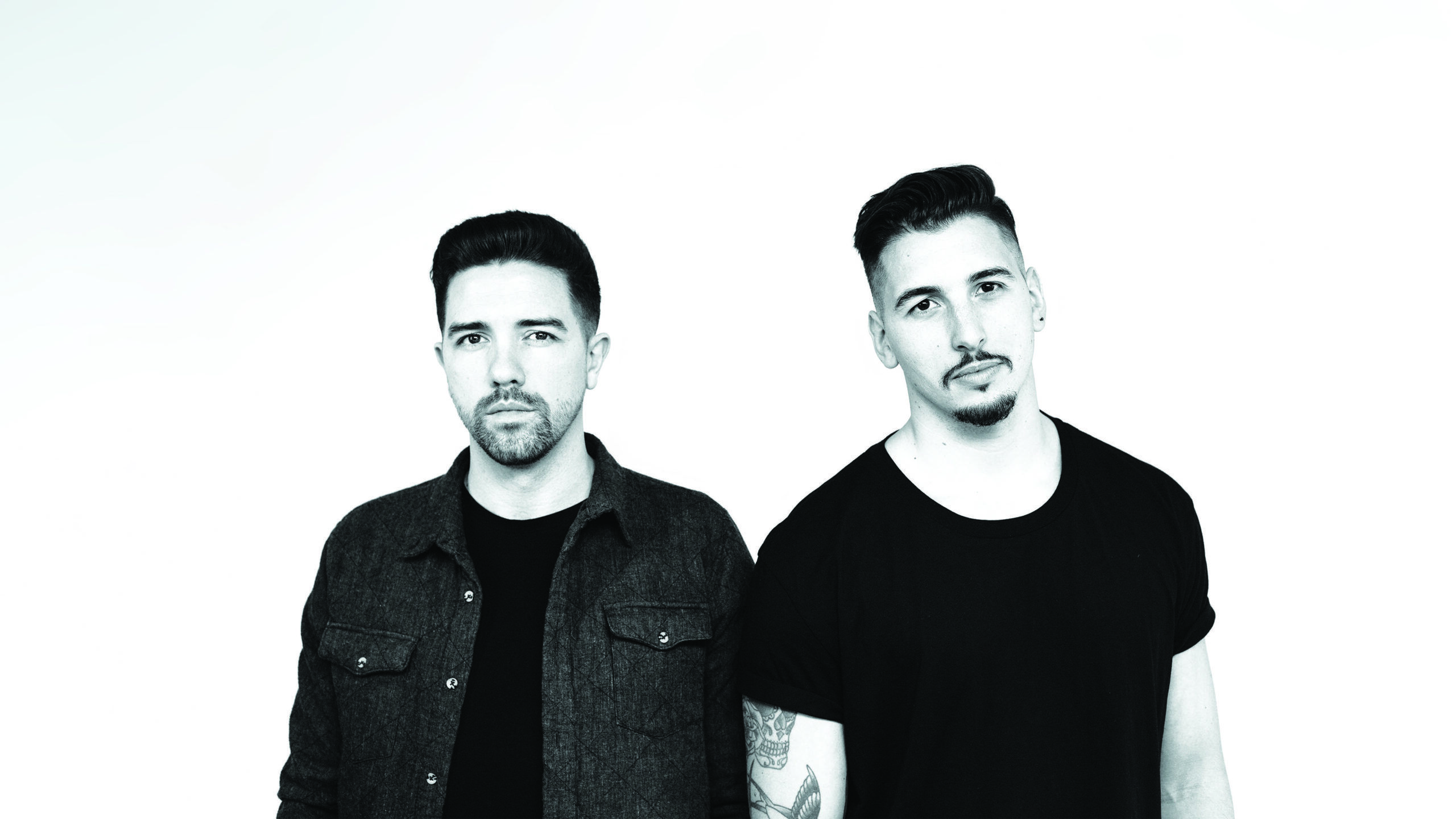 Tough Love is the new school pairing of London producers Alex and Stef and they are a pair that has made a big mark on the dance scene in recent years. Their beats often look to a wide sphere of reference and take cues from r&b, fun 90s dance, and infectious garage. The pair has already made it big with two Top 40 tracks in ‘Pony’ and ‘So Freakin Tight’ and follow up ‘What You Need’ was just as big. Their latest is Friday Night and is smashing floors all over the world.

They have also collaborated with the legendary Roger Sanchez, held a residency at Sankeys Ibiza and run their own Get Twisted label. As busy as house artists come, the pair soon play Transitions, which takes place in London, next to Thorpe Park, on July 29th and 30th, and pairs  it marries on point mad musical offerings from headliners like Mistajam, Eton Messy and Artful Dodger with all sorts of high level water sports. We catch up with the pair to find out about all this, a new collaboration and what to expect at the festival.

Check out Tough Love at Transitions London on July 30th.

How are you, what’s been good and bad so far about summer?
Hey, we’re good thanks all work no play & thats been the story of our summer. We’ve been flat out in the studio & working on developing our label Get Twisted, but on the down side haven’t been away anywhere near as much as last year! We’re looking forward to taking on a heavier touring schedule again & seeing the sun

Can you get much music written in summer, or are there too many distractions? Do you prefer to do it in winter?
Well we’ve probably had one of the most productive summers we’ve ever had since starting Tough Love. Its definitely easier to write feel good music in the summer, but we have a small window in our studio and its a tease!

Tell us about your jam Friday Night – why only now have you released it? What reactions does it get in the club?
We made it right at the back end of 2015 & its been a staple part of our club sets ever since. The first time we played it out was at WHP on NYE & the crowd went pretty nuts. Since then we’ve let it bubble with some taste makers. The main hold up in getting it out is actually scheduling, we’ve had 2 singles on Island to plan this year as well as a number of remixes & club records. If it was up to us we’d have a record out every 2 weeks because we’ve got so much catalogue sitting on our computers!

Do you write tunes with the aim of them being big anthems? Do you know when you have come up with a real banger in the studio?
We never really write with a plan, we normally start with some chords or a bassline, then find a nice hook melody & build out from there & start writing what feels natural with the melody. Its at this point that we start thinking what we want the track to be, the concept, the feel etc. Normally at the end of the session we know if we’ve got something good in the bag, but the first time we really know is when we test run it in the clubs.

Who does what in the studio – do you have set roles and jobs, does one do bass, one keys, for example?
We’re both pretty hands on in the studio, we both have our own set ups as well as a share space so we’re working non stop. We’re both self taught & just get on with the job in front of us.

And what about in the booth – do you both do one on one off or how does that work? Do you plan it out?
We always do back 2 back & we always have our set sides, really weird we know, but we’ve just never changed since our first ever set at Egg 5 years ago. We never plan any set, we’re djs first and foremost & as Diddy said “we just wanna see you dance”. We might have an idea of some records we want to play, but it never really works out that way. We remix on the fly while we’re playing and when it allows, use 4 decks so there’s never any time to rest!

Tell us about your label – what sort of music are you looking for for it, do you hope to do albums and develop artists on it?
Get Twisted is really an extension of the Tough Love sound. Its good quality bumpy house music. Most of our artists return for regular releases. A lot of the records we pick up are single deals, but we have some development deals in place for certain acts such as LiTek. He has his second single ‘Uber’ dropping later this year which is sounding big!

You play Transitions soon – what should people expect? Will you plan anything special?
Well we’ve just finished off our new single with Karen Harding call ‘Like I Can’ so I’m sure we’ll be dropping that along with some other bits we’ve got coming out with the likes of Riddim Commission, Roger Sanchez,  plus some VIP edits as always!

How do you like playing festivals vs clubs? Do you switch up your sound much? What works bets in each?
Playing a festival is a totally different atmosphere. We often play harder sets in the clubs & look to champion & break new records. For us festivals are all about a good time, we normally play a lot of our own re-edits of big records that have that perfect festival feeling.