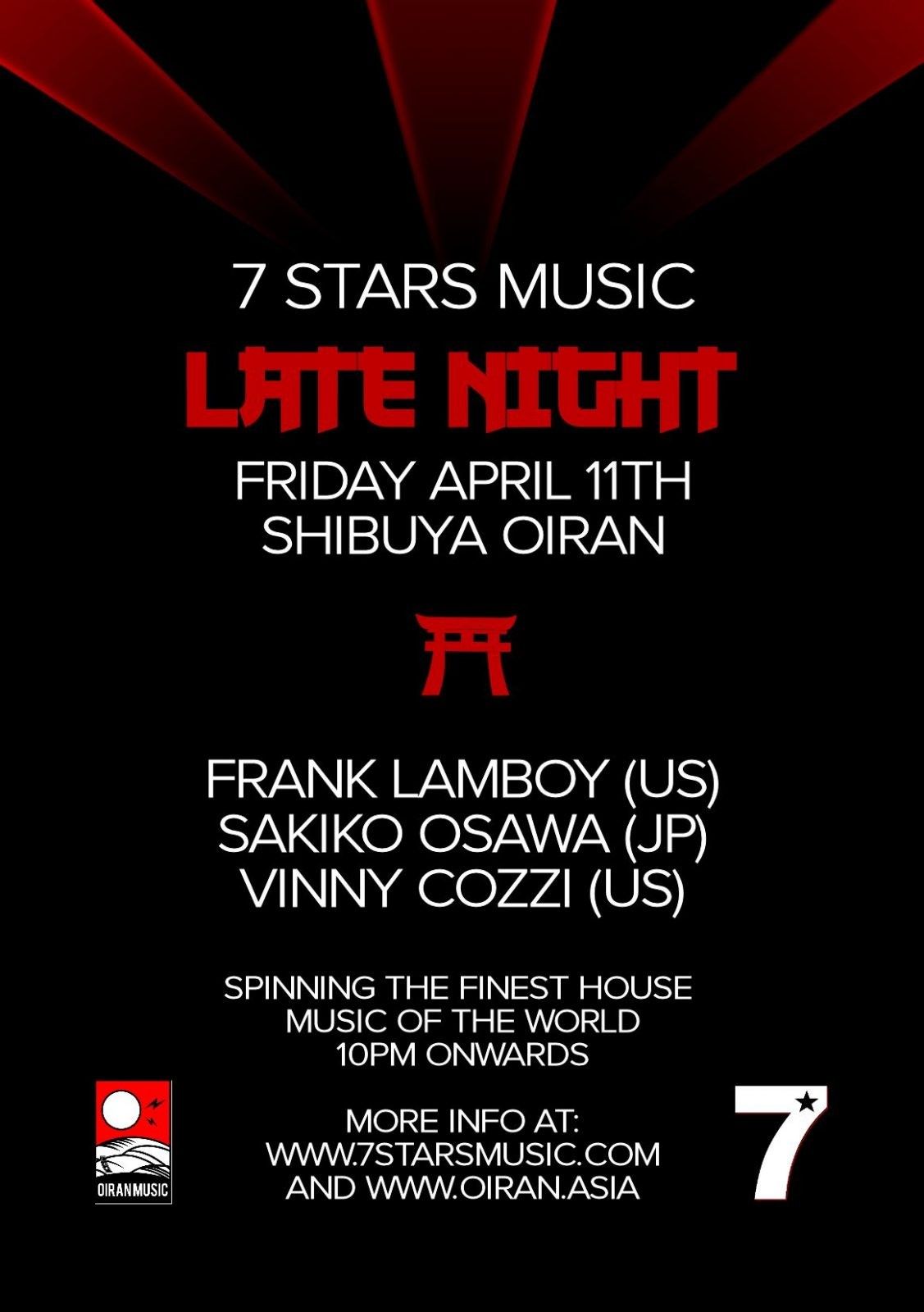 7 Stars Music hosts its debut showcase in the fabulous city of Tokyo! Please join us on the 11th of April, as of 10PM in the stylist Club Shibuya OIRAN, in the heart of the entertainment district of Tokyo. Our DJ’s will spin only the finest house music the world has to offer, including some of our favorite picks from our catalog.

Our very own A&R and expert DJ/Producer Frank Lamboy will be flying from New York to headline for the showcase. Frank Lamboy – a Billboard #1 chart topping artist – is a veteran producer and a skillful songwriter who mixes sweet house sounds in his DJ sets with with rolling basses and keeps an intriguing connection with the audience.

We are also delighted to add Japan’s most promising DJ / Producer talent Sakiko Osawa to the line-up. Sakiko’s latest EP “Tokyo Disco Beat” landed on #2 in Japan’s iTunes dance charts within its first day of release. Sakiko Osawa represents the future generation of Japanese music and her star is visibly rising within the art and entertainment world of Japan.

Shibuya Oiran is one of the most trendy restaurants and DJ Bars within Tokyo. Located on the entertainment district “Shibuya” – Club Oiran is a popular hangout for international stars, local celebrities, artists and cultural people

Read more about this event at: www.7starsmusic.com