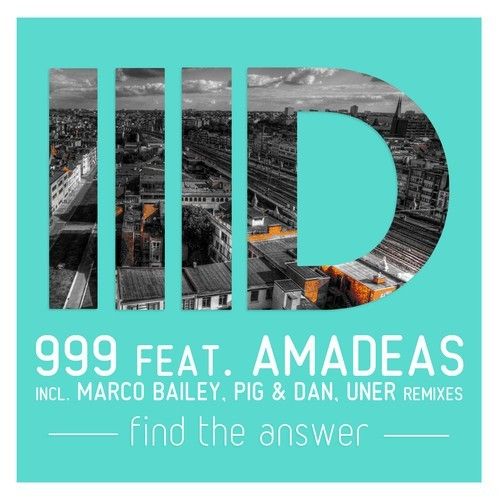 This special release comes after a succession of acclaimed 2014 Intec releases from artists such as Nicole Moudaber, Harvey McKay, Tomy DeClerque, Carlo Lio, Mattew Jay, Mark Fanciulli plus the imprint’s co-leaders Jon Rundell and Carl Cox to name a few.

‘Find The Answer’ is a slickly produced credible house track which encompasses an alluring soulful vocal, a killer melodic bassline and warm percussive grooves – ideal for a pre-club warm up to an Ibizan sunset.

The release also features an amazing remix package from some of Techno’s finest including Belgium’s powerhouse Marco Bailey and two revered Spanish based geniuses such as Pig & Dan and Uner. Each artist delivers their own unique take on the original thus pushing the track into three completely different musical journeys. Marco’s remix is a bass-focused dancefloor destroyer, Pig & Dan’s is a twitchy tech-house roller and Uner’s is an epic sounding acid-tinged house stormer.

All mixes included compliment each other extremely well and offer something different, making this a sublime package and another superb Intec release for you to add to your collection. Find The Answer’ is available on Beatport exclusively from September 22nd and the rest of the world two weeks later.