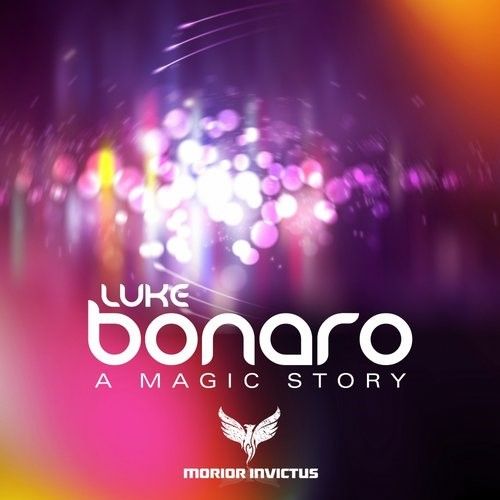 Morior Invictus Recordings recently released “A Magic Story” by Luke Bonaro. The executives at Morior Invictus confirmed that they were really impressed with uniqueness of the track and moved ahead with signing the Italian.

Talking about his early years, Luke, an Italian, a Milan native says – “I started to listen house music very soon, i was just 12, my first time in a disco here in Milan changed my conception of house music, it was so powerful and mesmerizing!! I started to produce house music when I was 16;there was already a lot of possibility to produce with a simple pc in bedroom. I didn’t have much money to buy equipment but I was believed in myself and thought – why can’t a creative person realize his dream just because he has no money? At start I tried each genre but once I hit 128- 130 bpm, I always knew I was going to stick to it after that. For me, it was neither too slow nor too fast, just perfect. I knew Sound cloud was free, so started uploading my tracks one by one 3 years ago and listened to the reviews carefully, that really helped me create something unique. I don’t only think of House music as commercial, I think there’s more to it, it can give emotions like a pianist gets on his piano or like a vocalist during his performance.”

He continues – ‘I think that in house music, words are not necessary, everyone can have there own interpretation, when I do a new track maybe there are lyrics, may be not. I just want that the melody to involve who listens, I seek structure in a track just like an architect who seeks structure in a building and when I finish, I can say, “ok, here nothing is missing”. I don’t like repetition, I keep trying to do something different with each track I make’.

Talking about his tastes in music, he speaks – “My favorite artists in this genre are Richie hawtin, deadmau5, tiesto, Armin Van buuren, but I don’t keep a limit to what I listen to, in fact I listen also to classical music, I think it is the mother of all kinds of music; and then I also listen to the hungry and the angry of 80′-90′ hip-hop, I love the brutality of rock, one of my favorite band was Nirvana with their “dirty” but grunge”.