A Phenomenal Headline Set from Bjork Brings All Points East  Festival to a Close! 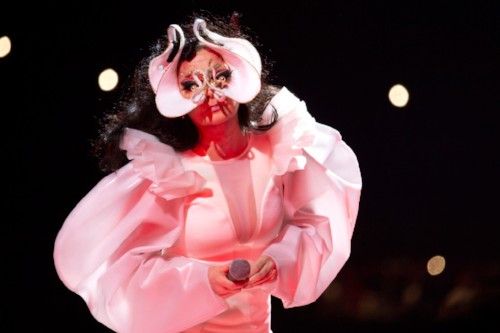 A Phenomenal Headline Set from Bjork Brings All Points East  Festival to a Close!

Last night saw a spectacular close to the inaugural weekend of All Points East, the brand new festival spectacular set in East London’s Victoria Park which was bathed in three days of glorious sunshine.. The new festival concept was embraced by fans who enjoyed sets from some of the most definitive artists on the planet, rounding off the bank holiday weekend in groundbreaking fashion. Headliner Bjork gave London her first festival show for Utopia, the acclaimed 2017 album in arguably one of her most exciting eras as an artist. In typical Bjork fashion, the staging was incredible, with the icelandic icon creating a forest on stage, with a huge band flanking her for the performance. Earlier in the night, the main stage saw huge performances from Father John Misty, Tom Misch, Parcels and many more.

The travelling Despacio discoteque was a mecca for music lovers of all genres whilst the X Stage wowed electronic music fans with stunning staging, production and sound.  Sets from Mr G, ItaloJohnson, Yaej, and an awe inspiring performance from The Black Madonna, kept the crowd bouncing as the West Arena saw performances from the likes of Kelela, Sylvan Esso, Yellow Days and a groundbreaking show in 3d from Flying Lotus.

The JägerHaus was also kept the vibe going through Sunday with Friendly Fires, Reeps One, Bill Brewster and Benin City all taking over the decks to adoring fans in their revolutionary area.

Fresh after a run of stunning performances this weekend, The North stage played host to some huge acts again today.  Hot Chip’s Alexis Taylor delivered an emphatic, emotive solo set, whilst Django Django and Friendly Fires brought the party. Alternative legend Beck brought things to a close with a career spanning set to a huge crowd.

The All Points East weekend has seen some of the most exciting artists on the planet descend on Victoria Park.  From The xx’s career defining show, set to a backdrop of an incredible electrical storm on Saturday night to  LCD Soundsystem’s greatest hits set, the festival marked it’s territory in Victoria Park in spectacular fashion.  Other highlights included a spectacular set with confetti cannons and pyrotechnics from the Yeah Yeah Yeahs, the dancehall vibes of Popcaan, the Gallic charm of Phoenix and incredible shows from Glass Animals and Young Fathers.

Next weekend sees three huge APE Presents… shows with Friday 1st June let by Catfish And The Bottlemen with Blossoms, The Hunna, Frank Carter & The Rattlesnakes in tow whist Saturday sees Ohio indie rockers The Nationalsupported by The War On Drugs, Future Islands, Courtney Barnett and more.  Sunday’s final sold out show is headlined by Nick Cave & The Bad Seeds.

APE In The Neighbourhood will host a programme of free activities in Victoria Park over four days between the All Points East Festival and APE Presents… shows. With a focus on community involvement, activities will be run by incredible local organisations and suppliers. Activities include free outdoor cinema, live music & entertainment, street food, pop up bars, theatre, arts, sports & wellbeing, children’s activities and much more. As part of a dedicated drive to provide free content for local residents and the wider community and to support local businesses, the weekday programme takes place during half term and on the Bank Holiday making this an ideal destination for families as well as fun loving Londoners.

A truly unique festival environment, an excellence in production, facilities, hospitality and customer service unlike anything seen before in Victoria Park will underpin the entirety of the 10 day event.