A Taste Of Denmark – Roskilde Announce 10 Danish Acts For 2018 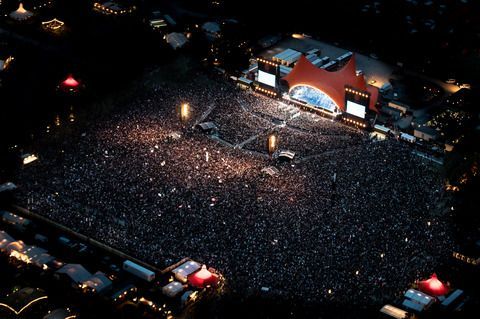 A Taste Of Denmark – Roskilde Announce 10 Danish Acts For 2018

From the freshest breed to established stadium rock: the 10 new acts announced for Denmark’s biggest festival represent all sizes and styles from the thriving Danish music scene. Bisse, Baby In Vain, Nephew and Iris Gold are among the acts added to the line-up.

Since its first edition in 1971, Roskilde Festival has presented both the biggest, newest and most cutting-edge music from all over the world. Danish acts, likewise, have played a significant role at the festival since the very beginning. Have a look at the posters through the years, and you’ll find that Danish acts have been part of the line-up more than 1,600 times in total.

The non-profit festival has played an important part in hatching new talents all along, in recent years presenting acts such as MØ, Iceage, Kellermensch and When Saints Go Machine before their major breakthroughs.

Glorious returns
The three women in Baby In Vain first visited Roskilde Festival as part of the festival’s talent programme in 2013. They return as one of Denmark’s most sought-after alternative rock bands. Hip-hop duo Benal, equally, first played the festival in 2015 and have since become the cover stars of music magazines and newspapers alike.

Outside of hip-hop, singing in the native tongue has become popular again in Denmark over the past decade, with Nephew as one of the bands leading the way. Largely unknown when they first played Roskilde in 2000, they are now among the absolute biggest acts in Denmark and are more than ready to play the Orange Stage for the first time in eight years.

Attracting the attention of international audiences with his highly original songs,Bisse is conquering new fans in Europe with his quirky and diverse songs, leaving non-Danes with a burning wish to learn more Danish than just “hygge”.

Playing Roskilde for the first time
The same could soon be the case for upcoming quintet Lød, a Copenhagen band fond of both krautrock and post-punk with a sound of their own. They are part of this year’s Rising programme, presenting the most exciting new Nordic talents.

Electronic duo Baime are also playing Northern Europe’s largest festival for the first time, ready to meet an audience hungry for new sounds. Having generated buzz outside of Denmark already, Iris Gold also enjoys her Roskilde debut where she will present her laidback hip-hop and pop tunes.

“It’s a privilege for us to support the talents and the upcoming bands in Denmark and to be part of their paths to bigger audiences. It’s part of our DNA, and we couldn’t be more delighted to welcome such diverse artists to the festival. From Baby In Vain to Baime, from Iris Gold to Bisse, these artists all represent different styles and ideas. We feel a massive interest for Danish music these years that shows how healthy the scene really is.”

Many more acts from all over the world will be announced in the coming months with an expected 175 acts in total to play Roskilde Festival 2018.

These 10 Danish artists have been announced today: