A1 Bassline – Without Time EP 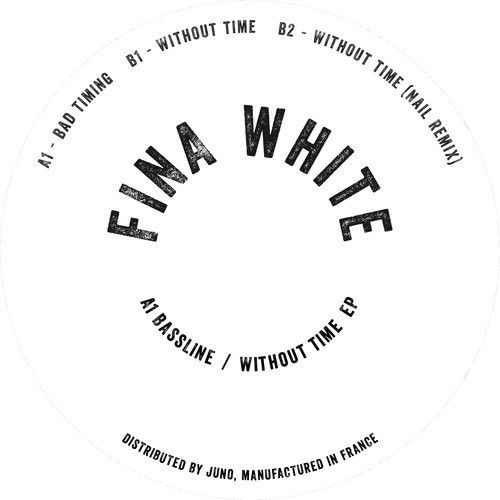 A1 Bassline – Without Time EP

FINA RECORDS: ‘’A1 Bassline is fast becoming a prominent name on underground house and techno circuits; one of the UK’s new breed of experimental producers who defies any definitive classification. The Brightonian’s hybrid house sound has popped up on reputable imprints as diverse as Pets Recordings, DirtyBird and George Fitzgerald’s Man Make Music and has given rise to collaborations with the likes of Leon Vynehall and Bobby Champs. Releases on his own label, Source Unknown, a platform upon which he showcases his more techno orientated output, is what captured the attention of the ears behind FINA White. The ‘Without Time EP’ is as strikingly clear indication of the distinctive direction the FINA Records’ offshoot label is intent on taking.

The release opens with ‘Bad Timing’, a straight up techno banger whose menacingly melodic low-end tones; relentless thump and rolling toms are the driving force behind its robust and looming groove. A1’s layering of long drawn out synths, industrial drums, heavily reverberated claps and shakers are offset by intermittent tribal calls and deep rasping atmospherics; an organic fusion of sounds which give a sinister edge to what is a gritty, energized stomper.

Next up is ‘Without Time’, a similarly complex percussive cut – but with its Junglist inspired eastern horns, trancey synth-lead breakdowns and acid squelches, this time there’s a distinctive nod to Bassline’s old school rave sensibility. Yet, as the title suggests, the track isn’t confined to one era. It’s a timeless hybrid. The descant melodic and ethereal synths and cut up vocals give the track it’s unmistakable soul and groove, whilst the overriding stuttered mechanical drum and hard hitting bass line make it just as much a techno banger as the lead track.

Wrapping up FINA White’s debut release is Nail’s classy take on ‘Without Time’ – a more direct 4/4 reworking of the original. The more prominent horns and the introduction of softer snares and bells compliment the decidedly warmer bassline and serve to underline Nail’s penchant for classic underground house.’’