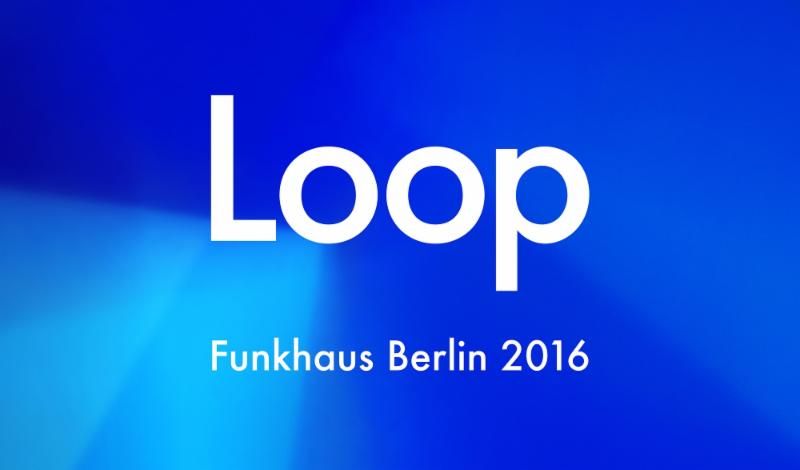 The first program details have been announced for the 2016 Loop summit for music makers – taking place across three days and nights from November 4-6. Launched by Ableton in 2015 as a platform for music makers to meet, be inspired and learn from each other, this year's edition of Loop will bring together around 900 attendees at Berlin's historic Funkhaus venue. Loop 2016 will feature a program of talks, presentations, performances, intimate studio sessions, hands-on workshops and much more. A preview of the events and a list of already confirmed participants are now online. Further additions to the program and line-up will be added over the coming months.

Anyone wishing to attend Loop 2016 can register for tickets until July 20th.

Purpose and Participants
Expanding on the themes established at last year's inaugural summit, Loop's three day program focuses on the interlinked themes of music, technology and creative practice. Reflecting the diversity of perspectives and interests among attendees, participating artists this year include:

Lee Scratch Perry
Lee Scratch Perry is a Jamaican music producer/Inventor noted for his innovative studio techniques and production values. Perry was one of the pioneers in the development of dub music with his early adoption of effects and remixing to create new instrumental or vocal versions of existing reggae tracks. Perry has worked with Bob Marley and the Wailers, Junior Murvin, the Congos, Max Romeo and many others.

Jazzy Jeff
From the success of "DJ Jazzy Jeff and the Fresh Prince" with partner Will Smith, to the critical acclaim of his production company "A Touch of Jazz", Jeff proved time and time again that he would always be a force to be reckoned with. And he continues to represent with his solo projects, collaborations, mixtapes and live shows. His love of music shines through in everything he does.

Daedalus
Like his mythological namesake, Daedelus – otherwise known as Alfred Darlington – is an inventor, a creator of sonic labyrinths combining sounds from an eclectic palette into an innovative genre all his own.

Suzanne Ciani
Suzanne Ciani, now in her 70's is an Italian American pianist and music composer, who found early success with innovative electronic music "One of the most influential electronic composers of the last 40 years" – Dazed

Moritz Von Oswald
Moritz von Oswald, legendary master of electronic experimentalism and technical exactitude, has an unassailable place in the modern history of forward-thinking music. To follow his career is to take a guided tour through some of the most important developments, places and people in the history of electronic music.

Program
Discussions and presentations at Loop will cover topics such as the studio as an instrument, the art of sampling, motion technology in music, computer listening and composition, new directions in music education, field recording and much more. Loop workshops and studio sessions will afford smaller groups of attendees the chance to interact with leading technologists, musicians and creators and provide up-close exposure to their creative practices

Concerts and Partners
During Loop Ableton is teaming up with Berlin-based CTM – Festival for Adventurous Music and Art to present an evening of performances across three stages at The Volksbuehne theatre, as well as a club night at Prince Charles in collaboration with CDR Projects – Loop tickets include entry to all of the nighttime events. Other Loop programming partners include dBS music production school, The Wire magazine, Berlin Community Radio, FACT and Song Exploder.

About Loop
Launched by Ableton in 2015, Loop is three days of performances, talks and interactive workshops aimed at exchanging ideas at the cutting edge of music, technology and creative practice. Bringing together artists, technologists, educators and other creative thinkers, Loop is a collective exploration of what it is to make music today and what it could be tomorrow.