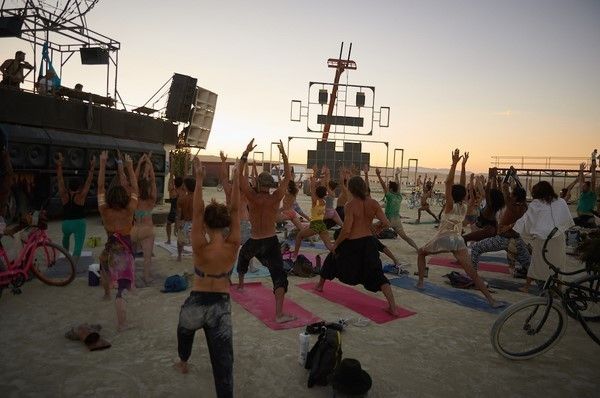 Above & Beyond hit their first Burning Man this past summer, and it was an experience they will never forget. One of their performances was at Robot Heart for a sunset yoga session with renowned yogi Elena Brower, and saw Above & Beyond playing music not normally included in their club performances. The set is now available for stream and download.

“When we were invited to work with Elena Brower to create a unique sunset Yoga Session for Robot Heart at Burning Man, we realised this was actually something we’d wanted do for a long time. We’re all fans of deep, ambient music and make some of it ourselves, but we hadn’t really been playing music like that together in public.  Test driven in hotel rooms by Paavo, this short yoga session is intended to make you feel relaxed, present and alert. Enjoy x” – Above & Beyond

The band has just recently announced a massive worldwide tour in support of their next artist album, ‘We Are All We Need,’ which will be released via Ultra Records in North America on January 20th. More information, including ticket links and the album pre-order (with instant grat downloads) can be found at weareallweneed.com.