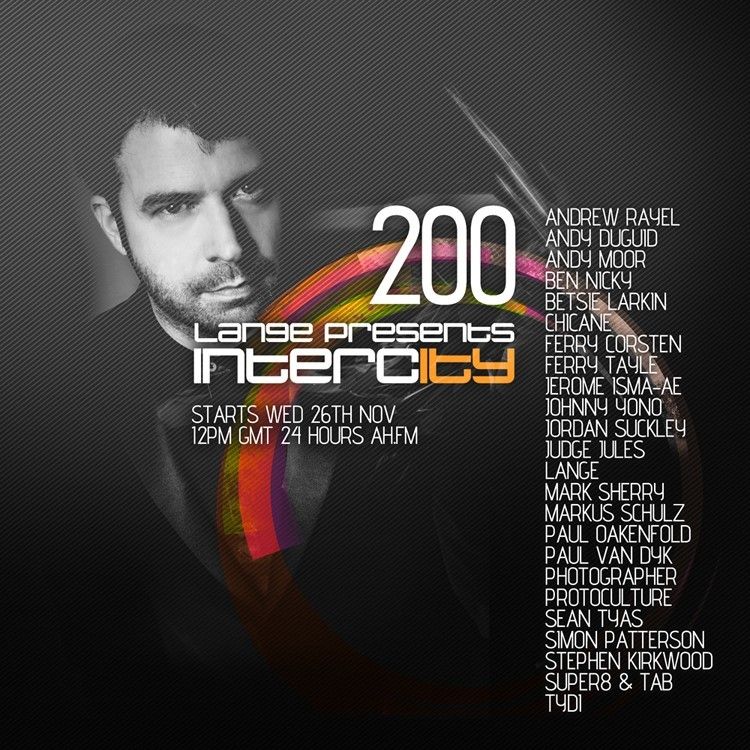 After the incredible success of previous years, Intercity is back with another 24 hour broadcast to mark the 200th episode and argueably one of the biggest lineups to date! Make sure you tune in to ah.fm from midday GMT on Wednesday 26th November and join in on Twitter using #Intercity200 or follow @djlange. The huge lineup includes some legendary artists of dance music alongside some new comers who are really making waves!

Previous years have been an incredible online success with last year’s 150th show becoming a #1 Wordwide Twitter Trend for over 10 consecutive hours, #1 USA trend and the 7th biggest trend in the USA on broadcast day for the 24 hour long episode! Can we see it topped this year? As ever Lange will be with you for the full 24 hour broadcast to chat to fans live across the globe and challenges everyone else to join him.