Above & Beyond Reveal Lineup For ABGT100 Show 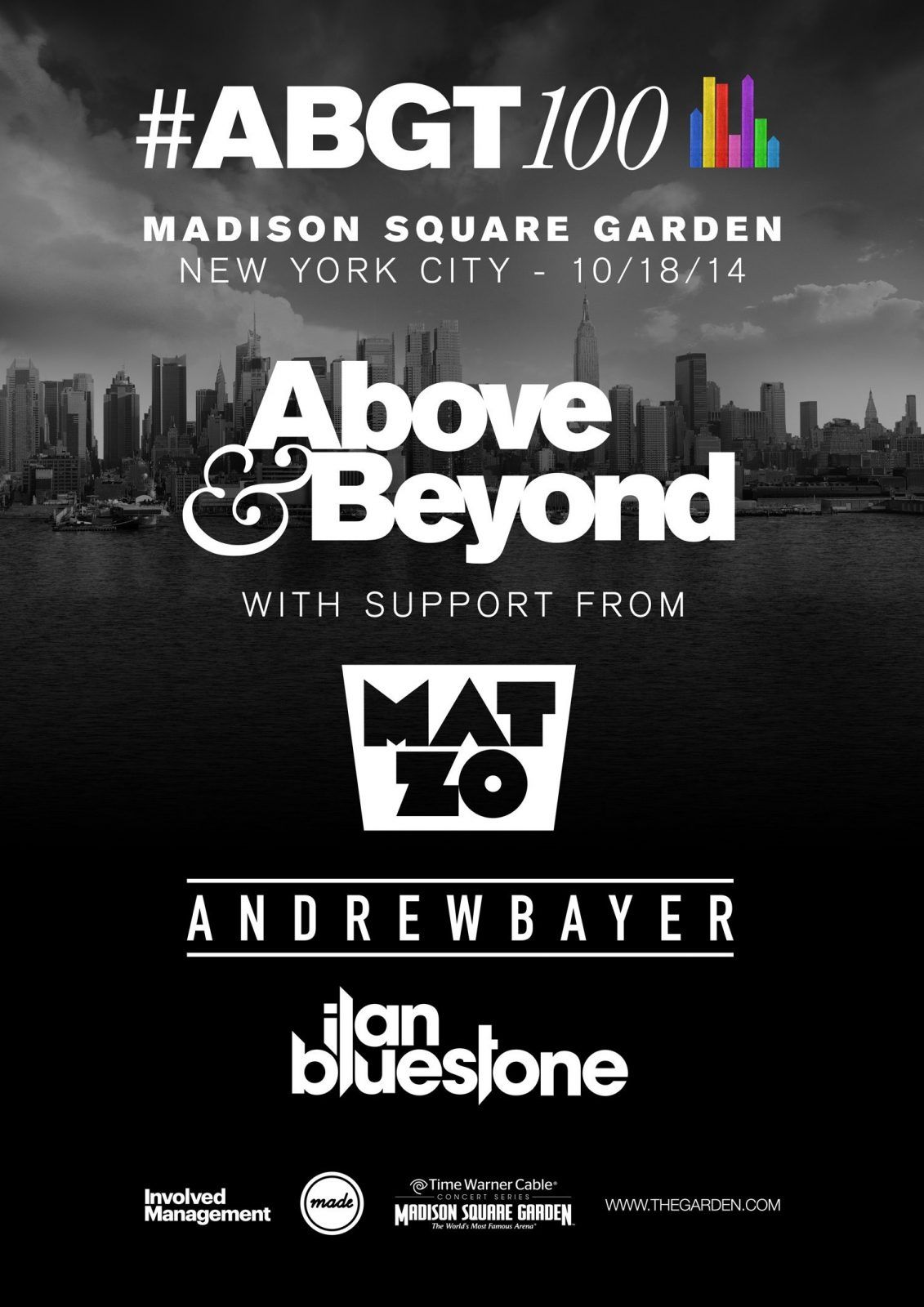 Above & Beyond Reveal Lineup For ABGT100 Show

Above & Beyond have announced that Mat Zo, Andrew Bayer and ilan Bluestone will join their 100th Group Therapy radio celebrations live from their headlining Madison Square Garden show on Saturday, October 18.

When tickets initially went on-sale earlier this year, the event quickly sold out in a matter of hours, with Above & Beyond becoming the first British DJs to headline the prestigious venue. Now, after working directly with the Madison Square Garden team to finalize the stage design and sight lines, the capacity of the show has been increased and a very limited re-release of tickets has been secured for the fans who missed out.

The extra ticket allocation, which includes a small number of floor tickets, will go on-sale on Wednesday, September 17 at 11:00 am ET via Ticketmaster. Stay tuned to www.aboveandbeyond.nu/abgt100 for more details.

Above & Beyond commented: “This is our biggest show of the year and we wanted a line up to reflect that. Each of Mat, ilan and Andrew inspire us as artists, and are helping push electronic music forward in their own individual way.”

Mat Zo has long been a key member of the Anjuna family, having first released on the label back in 2008. Classic tracks like “Superman” and the now infamous “Rebound” (with Arty) defined his groundbreaking sound, followed by his debut artist album “Damage Control” on Anjunabeats/Astralwerks last fall that secured his place as one of electronic music’s most forward thinking artists. Having recently founded his own label Mad Zoo, Mat looks to now bring forward the next generation of talent.

Andrew Bayer has created an almost cult like following over the past few years, whether with dance floor anthems “Bullet Catch” and “Perth,” the emotionally gripping “Once Lydian,” or the melancholic, emotional electronica of his second artist album “If It Were You, We’d Never Leave.” Despite having only performed in North America a handful of times, Bayer’s captivating sets are already selling out venues and creating a major buzz.

ilan Bluestone is a relative newcomer among this group of artists, but his presence is established with five consecutive Beatport Trance #1s: “Under My Skin” (with Jerome Isma-Ae), “Spheres,” “Big Ben,” a remix of BT’s “Skylarking” and finally his rework of Above & Beyond’s “Satellite.” It has in fact, been years since an Above & Beyond set hasn’t included one of his productions, and his influence in the genre is impossible not to acknowledge.

Check out the ABGT050 after movie from London’s Alexandra Palace here: