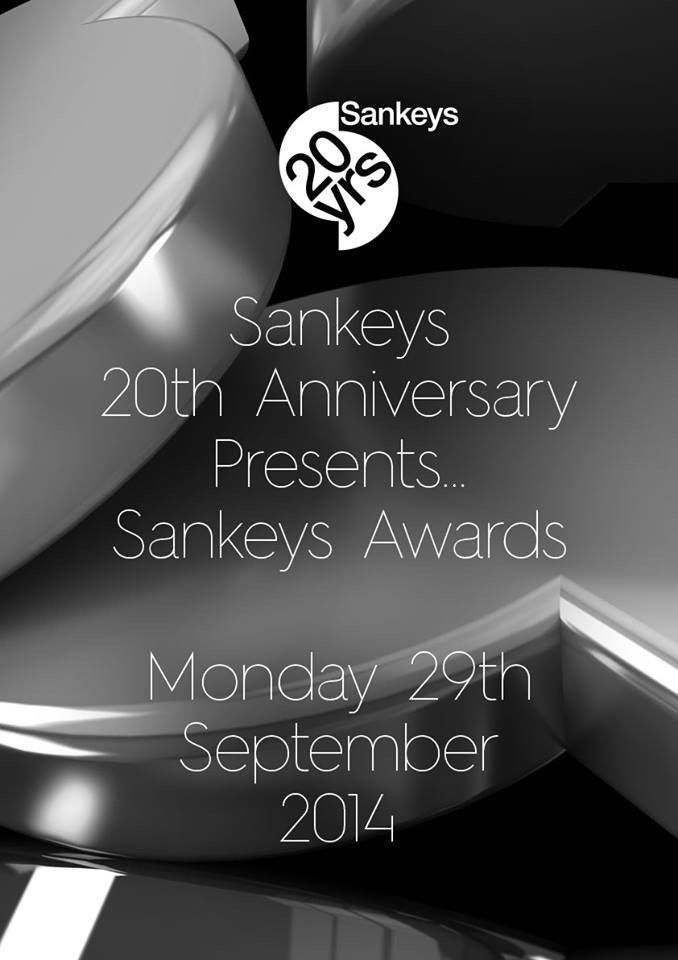 Following the triumph of Sankey’s 20th anniversary alongside their finest and most successful season to date, Sankeys Ibiza will continue to celebrate their successes by hosting their very own unique awards ceremony taking place on Monday 29th of September.

This summer Sankeys have defined the sound of Ibiza with more than 200 DJs playing at the club and bringing something truly new and fresh to the island. Offering up fantastic sets of proper electronic music week after week, this Award Ceremony is deigned to represent and reward the artists who play forward thinking music, a first for Ibiza.

Taking place at Sankeys Ibiza, the awards ceremony will be a spectacular celebration of all the DJs and brands that have contributed to making Sankeys the most talked about club on the island, if not the world. The exciting new ceremony marks Sankeys’ 20th anniversary and is a way of honouring their own artists and the achievements that have helped establish Sankeys’ legendary status. From old heads to young guns, everybody is up for a potential award for their contributions to the Sankeys story over the last 20 years.

Playing at the event will be a mighty selection of award winners who will be chosen by you. A brilliant array of awards are up for grabs including Best Resident, Best Newcomer, Best Club Night at Sankeys as well as a few awards chosen by the Sankeys team itself. In addition to this, there will also be awards for Sankeys Outstanding Contribution and Best Sankeys Essential Mix of All Time.

Sankeys is renowned for its forward thinking ideas and therefore throwing their own special awards night seemed the only way to cap off their remarkable season in style. The ceremony is set to be an incredible party, hosted by a fine array of DJ´s and filled with extra surprises on the night; the awards ceremony is definitely not one to miss!

What’s more, there is something in this for you, because once you vote you will be entered into an automatic prize draw to win a season pass to any Sankeys club around the world – so what are you waiting for!

Below are this year’s categories and nominations