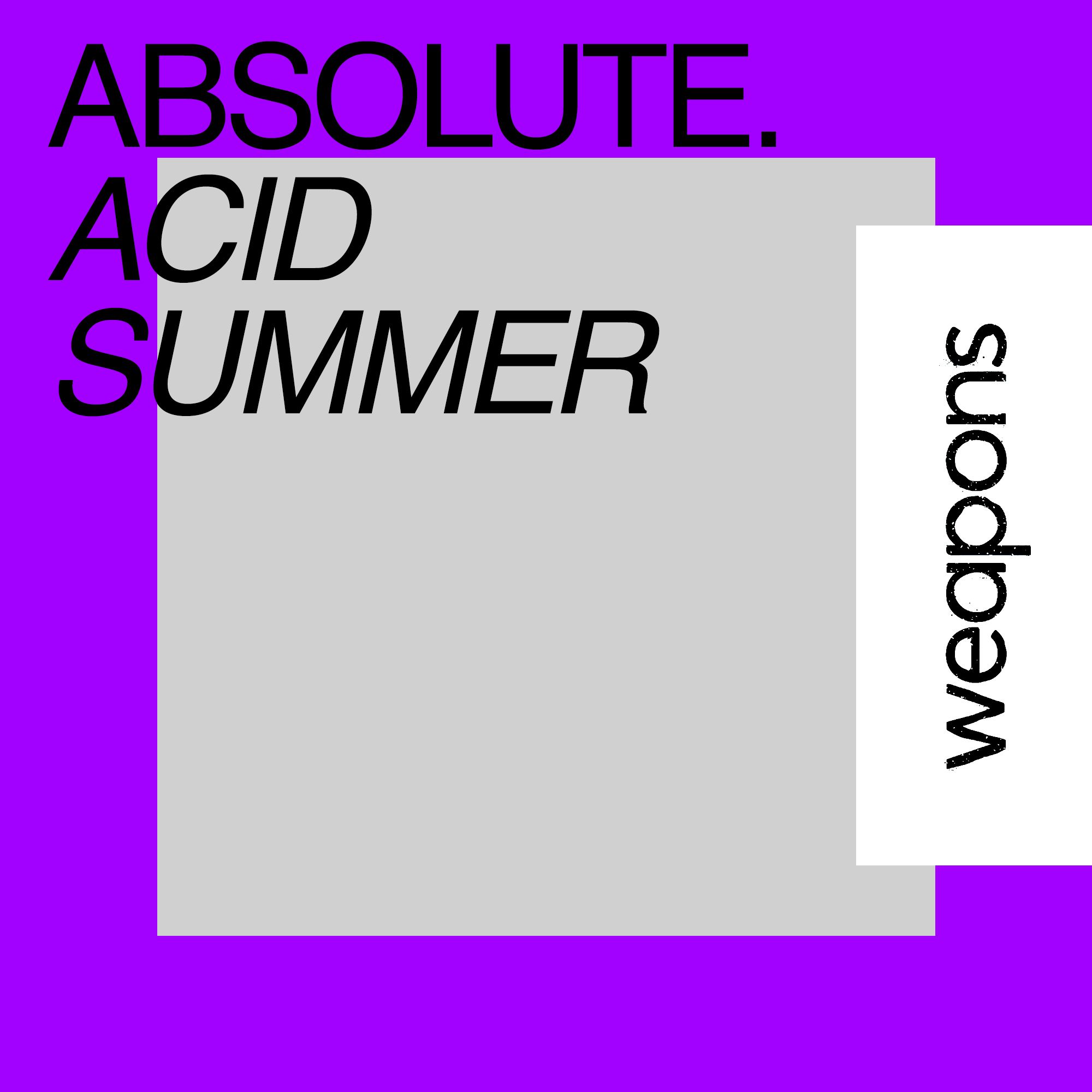 Weapons returns today to close out the season with ‘Acid Summer’ from London producer,ABSOLUTE.. Having been spun throughout the summer by The Black Madonna including an amazing debut spin at Sonar Festival earlier this year, ‘Acid Summer’ was finally announced last Friday with a special radio premiere from Annie Mac on BBC Radio 1.  Doing exactly what it says on the tin, the aptly named ‘Acid Summer’ delivers a bubbling array of 303 synths, punchy drums and electrifying drops.

The founder of East London’s WUT?CLUB, ABSOLUTE. is one of the UK’s most intriguing producers and live acts. He made his mark on the UK electronic scene with the self-released debut ‘Fairground’ which picked up huge support from tastemaker heavy weights including Annie Mac, B Traits, Todda T, Mixmag, CLASH and Wonderland. Following on from his debut EP ‘Mind Control’, ‘Acid Summer’ speaks volumes on talent and sonic dexterity for this young producer.

This release follows closely behind the huge success of Groove Armada’s ‘Keep Rock In’, a proximity which is indicative of Weapons appeal to both established and emerging artists alike.