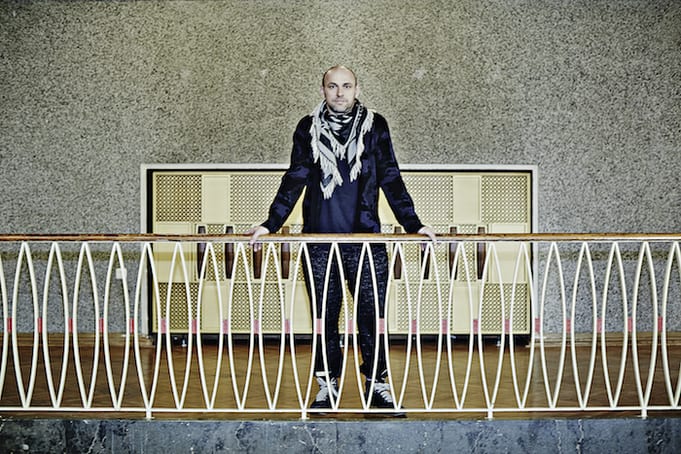 This year’s Amsterdam Dance Event (ADE) will open with ‘Scripted Orkestra’, a collaboration between the acclaimed producer/composer/performer Henrik Schwarz and the world’s leading non-classical orchestra Metropole Orkest. The event will take place in the Melkweg on October 19th and will mark the musical opening of ADE 2016. Tickets go on sale on Saturday 23 April.

Although this is the first time Metropole Orkest will perform at ADE, they are no strangers to creating symbioses between orchestral and dance music. In the past they’ve worked with Basement Jaxx, Junkie XL and more recently with Squarepusher. Schwarz on the other hand, is an ADE regular. Over the past few years he has taken the stage at the Concertgebouw, Q&A'd at the Sonos Studio and performed at the Muziekgebouw with Dan Berglund and Bugge Wesseltoft.

Henrik Schwarz has worked with orchestras before, but he expects this particular experience to be very different. “So far I have only worked with ensembles who mostly play classical music. Metropole Orkest plays jazz and pop and I am sure they will also be able to play techno and electronic-inspired music,” he says. “It’s important that the musicians are experienced at playing music that is syncopated.”

Henrik Schwarz will be composing an hour of new music for the project. Metropole Orkest chief conductor Jules Buckley will be his right hand man, helping Schwarz to realize this musical vision through proper orchestral scoring and detailed feedback. “Our first meeting was in a coffee bar in Berlin,” Buckley said. “And we were mainly looking to see if there was common ground to do something cool together. We had not met before but I know his music pretty well. His album ‘Instruments’, created an awareness amongst a very broad audience and the buzz from that drew me in further.” Schwarz adds: “The sources for Instruments were electronic tracks that I had made over the years. This time it will be all new music written just for this project. Jules has encouraged me to really challenge the orchestra, and he is open to everything. He has full understanding of how an orchestra works, but also knows a lot about dance music, and where I come from.”

The end result will be a true collaboration instead of just an orchestra playing dance music. Henrik: “If you listen to what Metropole Orkest has done before you can hear an open-mindedness that is absolutely necessary when you want to create something new.” Jules adds: “Both Henrik and the Metropole Orkest are fully committed to pushing boundaries in everything we do. We are excited to work with Henrik, his forthright and open approach to making new music makes this the perfect match.”

The Amsterdam Dance Event (ADE) is the leading electronic music platform and the biggest club festival in the world for the whole spectrum of electronic sub-genres. The ADE Festival features 300 events and 2000 DJ’s over 5 days in 100 clubs and venues, which together combine to make Amsterdam one of the busiest and most inspiring clubbing cities in the world. The program features the biggest artists on the planet alongside fresh, upcoming talent and everything in between, covering the whole spectrum of electronic sub-genres.

The Amsterdam Dance Event takes place from the 19th to 23rd of October, 2016.

Internationally renowned music producer and composer Henrik Schwarz is known for his eclectic musical approach to composition and sound design. As a producer and performer, he has successfully maintained a balance between electronic music, classical and jazz, and between energetic, highly charged dance sets at huge Techno events and concert performances in seated auditoriums.

Since 2002, Schwarz has been releasing his own music, and has accrued over 100 music releases and productions as an artist for big and small labels. Countless, widely heard remix productions for a Who’s Who of the international dance scene have ensued, making their way into DJ charts. Amongst those whose work he’s tailored for the global dance floor are Michael Jackson, James Brown, Stevie Wonder, Boy George, Ane Brun, Camille, The Foals and Mari Boine.

Since its foundation in 1945 the Metropole Orkest has reached millions of people around the world and has been honoured with many international awards, including an Oscar as well as multiple Grammy Awards. Most recently it received a Grammy for its project Sylva with Snarky Puppy.

Renowned for its wide-ranging abilities, Metropole Orkest is a non-classical orchestra that plays all styles from pop and jazz, to world music and film scores. The orchestra has had the privilege to work with great artists like Cécile McLorin Salvant, Robert Glasper Experiment, Junkie XL, Laura Mvula, Snarky Puppy, Basement Jaxx, Tori Amos and Squarepusher. The orchestra is a regular guest at (inter)national festivals like the North Sea Jazz Festival, BBC Proms, Holland Festival, Robeco Summer Nights and Musikfest Bremen.