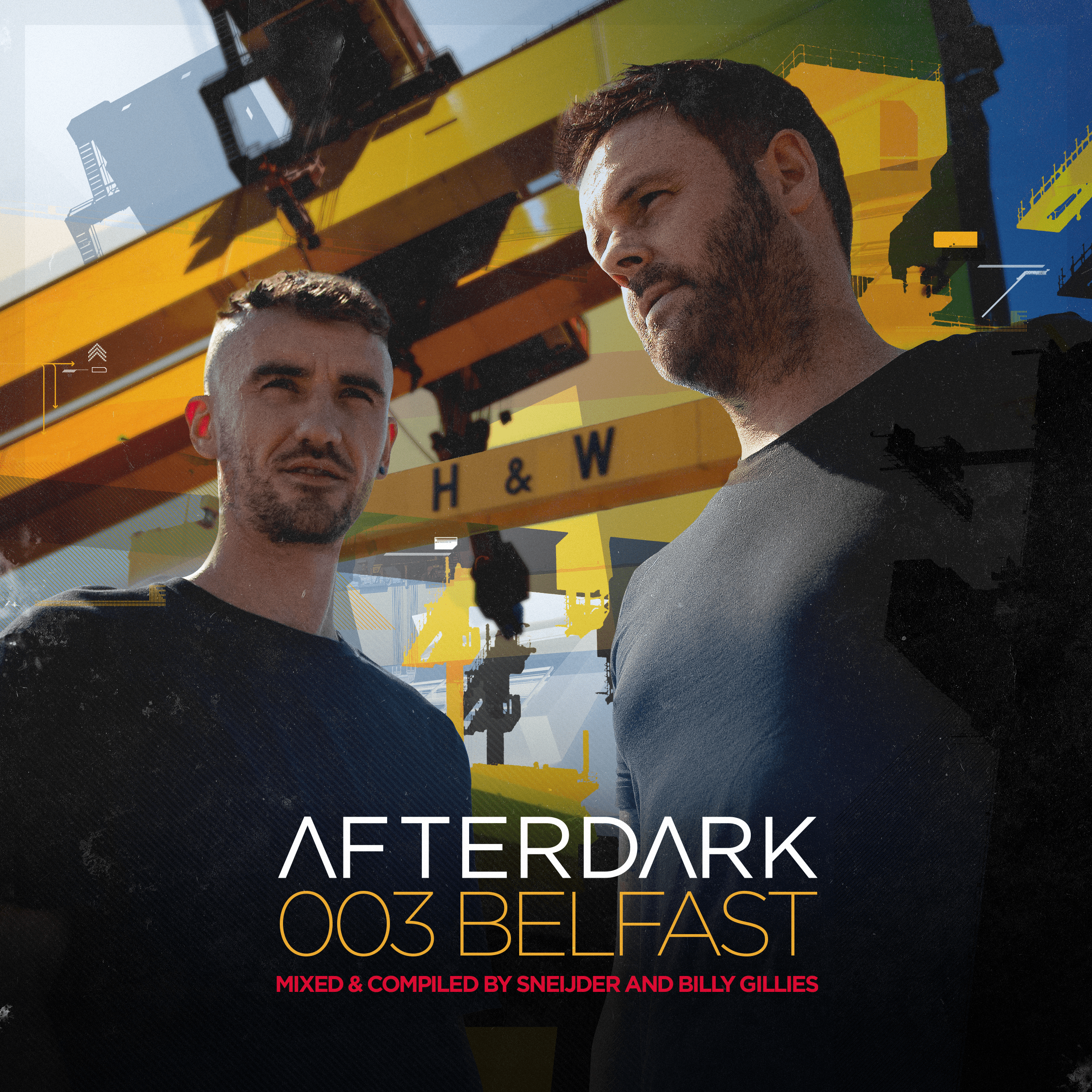 Mirroring a musical region that’s had a particular impact on him has been the M.O. of Sneijder’s ‘Afterdark’ album run since it embarked back in 2018. Its ‘Buenos Aires’ and ‘Los Angeles’ compilations sent a clear signal of intent, but 2020 – as we all know – has been music-rich… but travel-poor.

So, for its third, right-on-schedule outing, the DJ has taken the chance to bring the Afterdark sound closer to home, and for Sneijder that doesn’t get much closer than Belfast. Both the city and Northern Ireland as a country have a trance culture as ingrained as they come. Industrial industriousness, it’s also comes with a very specific sound, which – for the release – has allowed Sneijder to fully reconnect with his own tougher musical roots.

Greater Northern Irish resonance it’s hard to imagine, but that hasn’t stopped Sneijder finding a way. For the first time in the Afterdark series, he’s given a disc over to another DJ. With close to double digit entries scored on the Afterdark’s discography, Belfast’s Billy Gillies – one of the scene’s brightest new hopes – knows exactly what makes the label tick and his home-turf kick!

Between them they bring plenty of local produce to ‘003’s tracklist, with Shugz, Karney (Bryan Kearney), Mandy Reid, Niall McKeever, Deirdre McLaughlin, Project 8 and others all contributing exclusives. Sneijder and Billy’s own studiowares are every bit as well represented, and the album’s dual discs sport a mass more besides, with the likes of Alex Di Stefano, David Forbes, Vlind and Ahmed Romel all contributing.

Of his decision to site the third in the series in Belfast, Sneijder says: “through iconic venues such as Kellys, Circus Circus, The Arena, Kilwaughter House, Exit 15, the infamous Ulster and King’s Hall, Planetlove and others, Northern Ireland is a country built on clubbing culture. These are the clubs and brands that shaped my generation, where – weekly – I watched countless musical heroes of mine, all of which helped influence my sound”.

For this mix, Sneijder brings all his local knowledge to bear, opening with his summer 2020 stomper ‘Chuck Norris’. The tech-cum-psy of Shugz’s ‘La Bomba’, the heavenly ‘Dystopia’ from Ahmed Romel and the percussive smack of Karney’s ‘Smiler’ all help triangulate the N.I. sound. Sneijder marshals plenty of his own remix weaponry too, with his revisions of Nick Callaghan’s ‘Murky’, the classic ‘We Came’ from Vimana and a new spin on Peter Steele’s ‘Karma’ all kissing the laser. In its most ascendant latter stages, Sneijder rolls out some new collab gear, including his David Forbes team-up ‘Accelerate’ and – setting the scene for his Belfast compatriot’s disc – the Billy Gillies joint-venture ‘Rhino’.

Reins passed, new Belfast lad on the block Billy track-packs his mix with an impressive, near-mini-album’s worth of his own material. ‘Chemical’, ‘Expand’ and Shugz’s rewax of ‘Power’ bring tough n’ tech-ish shades, which nitrously charge its opening 20. The midsection sees big artistic drops from Vlind (with ‘No Fate’ & ‘Illusion Of Choice’) and Project 8 (‘Naughty’ & ‘The Creator’), before Billy gets back on his own supply, delivering a final floor salvo of ‘Déjà vu’, ‘Closed Eyes’, ‘Flight’ & ‘See You Again’.

The trance sound of Northern Ireland, distilled into 40 tracks and 160 minutes of the best type of musical madness, from two of the spinners who know it best! The hometown tour of ‘Afterdark 003 – Belfast’ is out now and available to stream or buy here: (afterdark.complete.me/afterdark003).