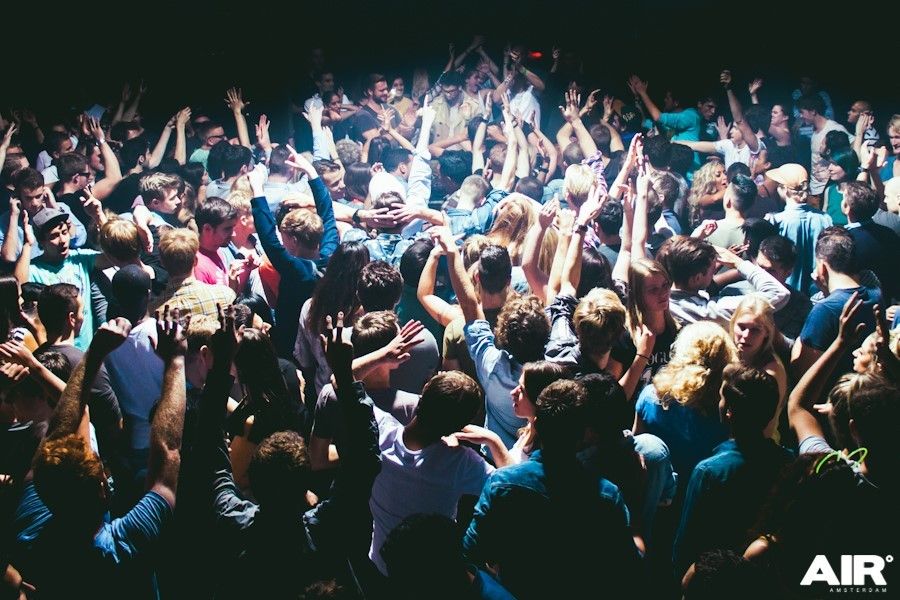 It all started five years ago .. on the so-called Holy Grounds that used to be home to Club iT, doors opened to a whole new nightlife experience. Dreams of a nightclub that offered a wide diversity of musical styles, a home to all music lovers, led to what we now know and cherish as our club, our home, our beloved AIR Amsterdam.

We’ll celebrate our five year anniversary in style: five clubnights in a row that offer the best of AIR’s repertoire: from house to hip-hop and all the way back. From the 23rd of april until the 27th our doors will be open to welcome AIR-lovers from all over the world. Hightlights in the form of performances by The Martinez Brothers, Claptone, Ben Pearce, Oliver Heldens, Thomas Jack are numerous, and we’re looking forward to a party-marathon that we’ll remember for a long long time.

Kicking off on Thursday, our brand new clubnight Don’t Wait For The Weekend presents a performance by rising star Thomas Jack. Flying in from a Down Under, the future Ozzie legend in the making will make sure we kick-off our party-marathon in style.  One night of no sleep catapults us into Freaky Friday: Cakes da Killa is stopping by from the States to turn up the heat at our steamy openminded clubnight Vieze Poezendek (Dirty Kittens). Labeled by many as influential in queer or LGBT-hiphop, the multi-talented rapper himself has always refrained from labeling his music.

Fast forward. Saturday night. ‘I got stuck in a FRENZY I can’t get out of. I just wanna dance until my feet are numb.’ In a trippy kaleidoscope of colours we present to you: Claptone, Ben Pearce, Jaymo & Andy George and many more. Almost there.. a royal night awaits us on Sunday. The Martinez Brothers are back after their surprise ADE ’15 visit, and they’re ready to rumble! No better way to get ready for our Dutch national holiday ‘Kingsday’ on monday then to get down and dirty with the uncrowned kings of the international house scene. Extra stellar sets lined up for Sunday are Damian Lazarus, Juan Sanchez (5 hour set), Tom Trago and Prunk.

Last but not least: Manic Monday. The official afterparty for Kingsday Festival remains somehwat of a mystery up until now .. does the name Heldeep ring any bells? We sure hope it does!

Do we remember our first night? Yes we do. Like it was yesterday.

For the past five years AIR Amsterdam has strived to embrace the nightlife in all it’s different shapes, sounds, and sizes. Everybody who has ever visited Amsterdam will probably agree when we claim ‘there’s something magical about this city’. Our beautiful capitol is laced with so many subcultures, weaving nightcrawlers into one sizzling melting pot of creativity, self-expression and freedom to be, feel and think.

And now, five years into the game, our organisation has grown into a creative think-tank of young enthusiasts, who live and breathe electronic music and events. Not only do we open our doors four days a week to all club-kids and party-guru’s ready to party… we also make the most of the Dutch summer by (co)hosting festivals such as Amsterdam Open Air, TIKTAK Festival, Buiten Westen and Milkshake Festival. And because Dutch summers can be short and winters tend to go on and on forever .. Valhalla Festival is the bizarre ride that gets you through the cold & dark days!

We’re proud to be a part of what makes Amsterdam great. Weekend after weekend we welcome lovers of house, techno, disco, hiphop, R&B – you name it – into our club. We come alive at night. Literally. When the night falls, we open our doors for those looking for relaxation, entertainment and inspiration.

Our country’s roots in electronic music are undisputed. Holland has been, and still is, home to some of the most respected and hardworking artists on the globe. We’ve had the pleasure of working with many of those artists, and we wish to express our gratitude to not only the Dutch artists who supported us throughout the years, but also to all of our friends worldwide. The AIR Family is global, and ever expanding.

Monday 27th of April: The Official Kingsland Afterparty
Line-up: to be announced (Heldeep)