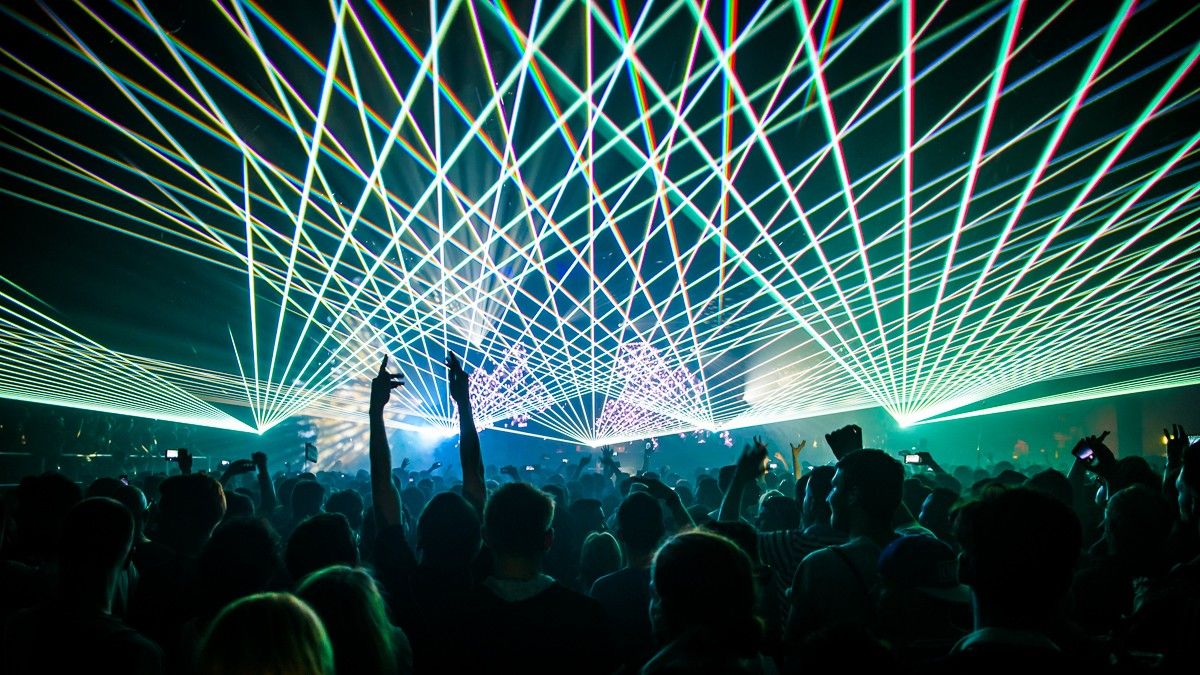 Following on from the big 20th Year Tour with stops in Buenos Aires, New York City und Utrecht (Netherlands), Time Warp entered a new decade on Easter Sunday. The starting point was once again the Mannheim Maimarkthalle! Yet again, it was quite clear that Time Warp is up there with the top international festivals. It was completely sold out days before the event. A total of 17,000 guests from around the world followed the music to Mannheim.

4 countries, 2 continents, and a total of over 75 000 visitors – 2014 was a year of superlatives for the Time Warp organisers. Guest expectations were therefore high in the run-up to the first event of 2015: 17,000 visitors from 5 continents made their way to the Rhine-Neckar delta for a first-hand experience of the legendary “Time Warp”. They had to act quickly – tickets were sold out days before the event and tickets started to sell at astronomical prices on eBay. The music press was also unusually exuberant: numerous international magazines such as Beatport, Resident Advisor and Pulse Radio listed the Time Warp as the number one in their global festival rankings.

The rush for tickets was clearly down to the typically strong line-up: over 50 acts – more than at the anniversary party – played across a total of 6 floors. Alongside the international top acts, such as Sven Väth, Richie Hawtin, Carl Cox, Laurent Garnier, Luciano and Ricardo Villalobos, the German premiere of Dubfire:live Hybrid turned out to be a magnet for the public. The American Grammy award-winning producer and DJ came up trumps with his avant-garde stage design and a multitude of new tracks.

It wasn’t only Dubfire who placed a large focus on design. Extraordinarily – “Cave 2.0” from the previous year found its way back onto the main floor. “We normally don’t use our designs for longer than a year. However, the response to Cave was so overwhelming that we decided to make an exception” said the Event Organiser, Michael Hock. “The decision was made very simple by the hundreds of emails and letters which we received from our fans”. The production team let off steam on the second main floor, where a huge number of LED panels merged together to form a zeppelin- like hollow body – offering enough space for the precisely orchestrated light and video show. “It’s just wicked! The line-up is already amazing but it’s sick stuff like this that takes Time Warp to another level” commented a visitor who had travelled from London.

A complete sell-out with super happy guests and zero incidents – it is no wonder that the event organisers also gave positive summary of events. “We couldn’t have wished for a better start to our 21st year. We were a little nervous following on from our anniversary tour. The brand name is growing, but also the guest expectations” said Hock. “With hindsight, it is an indescribably good feeling to know that everything went well. Special thanks go to the operators of the Maimarkt site, to the city of Mannheim and to the responsible authorities. The great cooperation and collaborative relationship are an enormous contribution to the success of the event.”
Despite the 20 hour Time Warp marathon, the team will have to wait patiently for a respite: With less than a week to go until the next event in Buenos Aires (17 & 18 April). The Argentinian public are eagerly awaiting the sequel to the Mannheim export hit.

About Time Warp:
“Time Warp, the most prestigious techno festival in the world, makes its way to New York“, is how “Village Voice, the US’s largest alternative weekly paper, described Time Warp’s North American debut. Time Warp, Germany’s most well-known indoor techno festival celebrated its 20th anniversary in 2014, with stops in New York, Buenos Aires and Utrecht. Time Warp has been taking place in Germany’s Rhine-Neckar region since 1994, at first in various locations and with the fixed location of Mannheim’s Maimarkethalle since 2000. Every spring, 15 000+ international visitors hit the 6 dance floors. The music comes from up to 50 artists, including DJs who have been a fixture in the festival line-up for 20 years, such as Sven Väth, Richie Hawtin, Carl Cox and Laurent Garnier.

Time Warp is without a doubt the most important export success in the Mannheim music industry.

Time Warp isn’t just cultural heritage and a source of inspiration for the music scene, but also an economic factor for its event locations. The Mannheim event provides hoteliers with fully-booked hotels and local taxi firms with more business than New Year’s Eve.

For the freshly awarded UNESCO “City of Music” Mannheim, Time Warp has clearly become the export success of the music industry and thereby the city’s ambassador. No other music event attracts so many international fans into the city and gives it the reputation of a music city of the world.

The brand’s development is not only being followed and commented upon on Facebook (where it has over 400,000 fans, more than any other festival in Germany and more than all other Mannheim cultural establishments put together): “cosmopop GmbH, located in the Musikpark Mannheim, is an excellent example of the success of a music cluster. cosmopop was initially a small start-up company but over the years has developed into an internationally respected company” commended Mannheim’s mayor, Dr. Peter Kurz. “Time Warp, in both Buenos Aires and New York City in 2014, has been excellent publicity for the music city of Mannheim.”